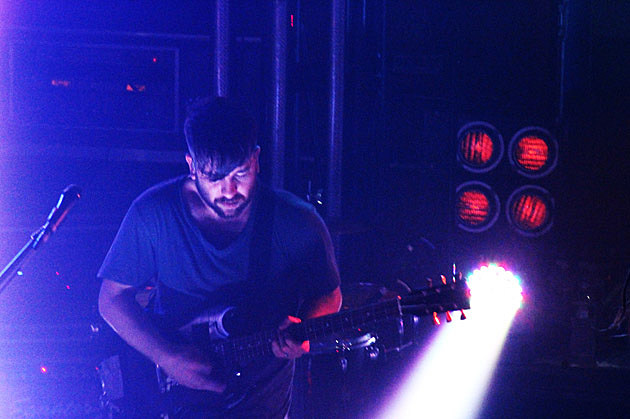 It’s time to rally for the family of Underoath guitarist Tim McTague. The musician has just launched a crowdfunding campaign to help with his father’s medical expenses. Earlier this year, Gary McTague was diagnosed with bladder cancer and has been undergoing chemotherapy treatments. The elder McTague also had surgery in hopes of thwarting the cancer.

Luckily, the tests have come back clear, but the family is facing significant financial bills. According to Tim McTague, his father was forced to quit his job to undergo surgery and was left without severance or the ability to collect unemployment.

He adds, “My parents still have two children living at home and my dad, Gary, is unable to even drive for a few months, let alone work. Being a private contractor, he isn’t covered by any unemployment benefits that exist and is left to go this road alone. A lot of people get cancer, and a lot of people need help. I don’t claim to have a once in a lifetime case here, but I AM blessed to know that I have been fortunate enough to touch a lot of people’s lives through the music that my dad and mom allowed me to pursue in Underoath.”

McTague goes on to add, “That band, as it currently exists, wouldn’t have been able to exist without my parents, and their support. We wrote albums in their living room, and were given unlimited support to go pursue what would later become Underoath as a lot of people know it. I want to give back, and moreover return the favor to two people that have played a massive yet unidentified role in what we did. My parents gave everything for me, and I hope that a lot of people can give a little to give everything to them in their time of need.”

He concludes, “Thanks for reading, and thanks for considering to support this campaign. If you don’t support this one, go support someone close to you that needs help.”

If you wish to donate you can do so at this location.

Underoath recently announced that they would be reuniting for shows in 2016. For additional details, click the red button below.