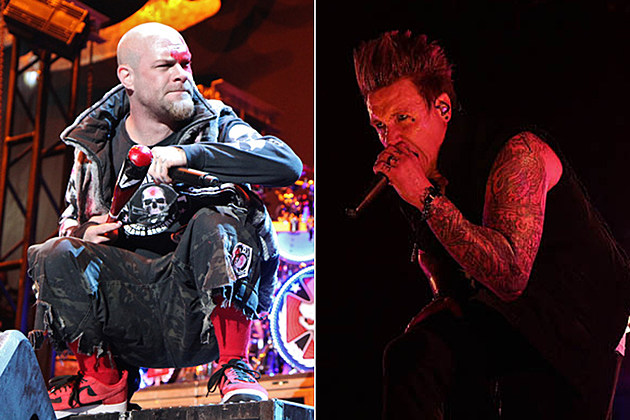 Five Finger Death Punch, Papa Roach and Devil You Know were set to play Sunday (Nov. 22) in Milan, Italy, but the show will not go on as planned as it was rumored by the hacktivist collective Anonymous that the concert was one of several potential ISIS targets.

Five Finger Death Punch released a statement on their decision to postpone the concert that can be read below:

As some of you may be aware, there were many rumors today that the Milan show on Sunday, November 22nd will be targeted in a next wave of terror attacks like we saw in Paris last week. We did our best in a very short amount of time to work with the local promoter and authorities to ensure that security would be adequate. Unfortunately, we did not receive confirmation in time to satisfy our requirements and to ensure that our fans would be safe at the event. Therefore, we were forced to postpone the show to a later date. Please stay tuned for more info.

According to International Business Times, the collective have since revealed a number of events which they state pro ISIS accounts have been discussing targeting. They include multiple venues in France, the U.S., Lebanon, Indonesia and more.

In the days since the Paris terrorist attacks, a number of acts have canceled shows while bands like Foo Fighters, Deftones, Eagles of Death Metal and Lamb of God have called off their full current European tours.