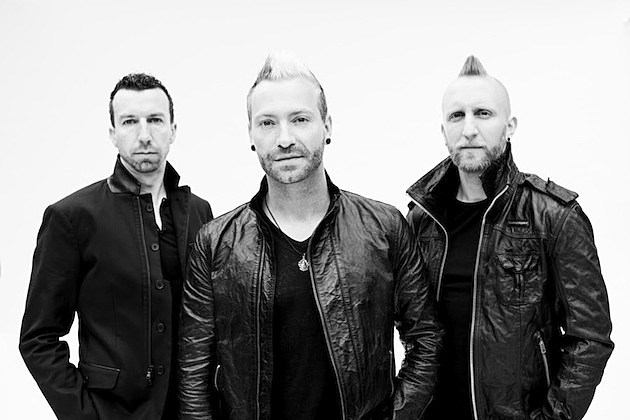 Canada’s Thousand Foot Krutch are creeping up on their third decade of bringing some of the most infectious and uplifting hard rock to the masses. The power trio has amassed over one million album sales across eight studio albums (one being an independent release) and are looking for their third consecutive No. 1 album on the Billboard Hard Rock charts with the release of Exhale in May. At the beginning of the month, they served up a taste of new music with “Incomplete” (heard below) and have now made the song available for purchase online.

The song boasts a simple yet catchy riff, proving style over substance is the name of the game here. Frontman Trevor McNevan delivers a bouncy verse against the toe-tapping rhythm. Lush chords bring forth the chorus and the frontman’s penchant for concocting unforgettable vocal melodies is on full display.

“‘Incomplete’ started with a riff, and had that special energy a good driving song has— it made me want to hop in the car and take the freeway! It’s a song about our journeys in life, personally inspired by our journey as a band,” commented McNevan. “No one sees behind the curtain in others’ lives; the sacrifices made, the obstacles faced, the mountains climbed, or the fear, faith and failure involved to stay the course,” he continued, adding, “This song says ‘we’re not perfect’ and that’s ok, we’re not expected to be, but we’ll fight tooth and nail for the truth we know and the journey that’s before us. The song has a charge to it, that opens up into this beautiful moment of honesty.”

Exhale is the natural successor to Thousand Foot Krutch’s last album OXYGEN: INHALE, which landed the group their highest Billboard 200 chart position yet, ascending to No. 11 in 2014. They’ll be performing as part of the Axes and Anchors Cruise, which will set sail on Feb. 20 from Miami, Florida, stopping in Key West and Nassau, Bahamas before circling back to port on Feb. 24.