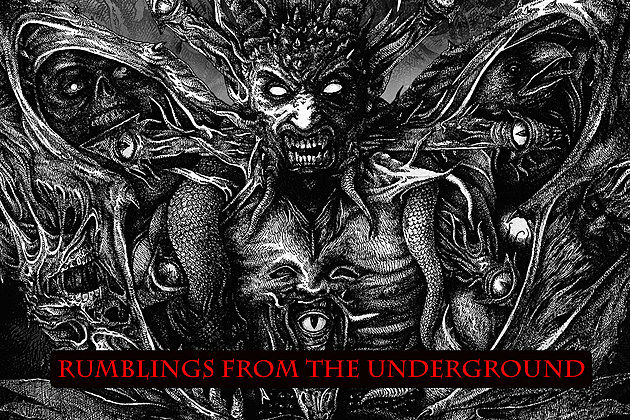 “What the Hell is Rumblings From the Underground?” You were off to a good start when you said ‘Hell!’ This is my answer to all the readers who have been posting comments on our Facebook page and YouTube channel bemoaning the lack of underground metal coverage and praising “surprising” picks on some of our lists. Yeah, I think the artwork at the top is awesome too, but that’s Urgehal’s album cover, not mine and it’ll be switched up each week with the best album art from the reviews.

In this weekly segment, I’ll be highlighting the be(a)st the underground has to offer, recapping news from the week and writing short reviews on some new albums ranging from any and all combinations of extreme metal and those who are keeping the spirit of the ‘70s and ‘80s alive, be it retro-occult rock, traditional heavy metal, neo-thrash and, well, you get the point. And don’t be surprised if you see some old and obscure treasures get unearthed (think Demilich, Infester, Morbid Saint, Profanatica, Timeghoul, Manilla Road, Liege Lord, etc.) and sneak their way out of the vault and into the reviews. If you don’t recognize some of the names of these bands, don’t just glance over them — check ’em out! After all, finding new music is why you clicked on this to begin with, right? Right!

First! A little bit about me and why you should even listen to what I have to say in ‘Rumblings From the Underground.’ While my first and true love will always be Iron Maiden, I’m an all-consuming metalhead who searches to the furthest corners of the Internet in a tireless pursuit of music that makes mothers clutch their tiny children in fear when they hear it blowing out my car speakers. As far as extreme metal goes, if it doesn’t cough dust, spew blood, vomit all over itself and piss on its 18 eyelet, lugged sole boots, I don’t want to hear (sh)it. OK, on with the news …

Incantation announced they have re-signed with Relapse and will be releasing their 11th studio effort and the first on their original label home since The Infernal Storm in 2000.

Rotten Sound released their second track off the long-awaited successor to Cursed. “Brainwashed” showcases the band’s ever-present buzzsaw tones and features the most concussive drumming the band has employed since the departure of Kai Hahto in 2006. Abuse to Suffer will be out March 25 on Season of Mist.

Wormed are readying the release of the third album, Krighsu, and the Spanish intergalactic brutal death metal outfit premiered two new songs: “The Singularitarianism” and “Eukaryotic Hex Swarm.” Tearing through riffs at a light speed pace, Wormed are on track for another (inter)stellar album, out March 25 on Season of Mist. 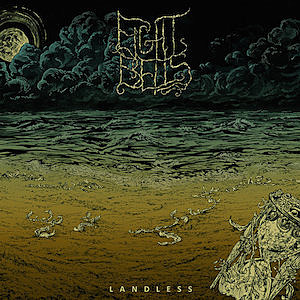 Eight Bells are a band whose sound truly cannot be categorized with a simple genre tag or even a collection of genre tags. The experimental trio’s sophomore album, Landless, is an exercise in sonic dreamscapes mashed with swinging drumming as they traverse boundless channels.

The first track, ‘Hating’ plods on in a confused daze, employing somber vocals and chord progressions that put the listener in a trance. Just when your mind begins to wander, the intensity is picked up as the distortion gradually mounts. Unpredictable from moment to moment, Landless is an exciting listen for those who are unable to settle on one particular style as the band drifts from track to track, leaving a feeling of satiated emptiness.

Gehennah, ‘Too Loud to Live, Too Drunk to Die’ 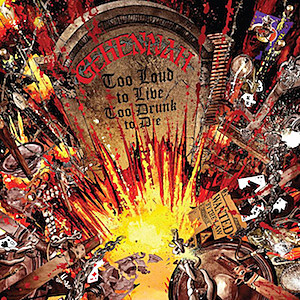 Forget four hours, Gehennah should have called the doctor years ago! Wielding a priapism for Motorhead and Venom, these speed metal thrashers have been at it for almost a quarter century. While their output has been sporadic, the Swedish quartet are back with Too Loud to Live, Too Drunk to Die, their first album since 1996.

They’ve taken note of their recorded absence, kicking off the album with the infectious and bass-driven “Still the Elite,” oozing with raw aggression, a punk spirit and brash attitude. “Scumbag” sees the band proudly describe themselves as such with more feel-good blackened rock ‘n’ roll. From start to finish, Too Loud to Live… is a perfect record for Motorhead and Venom fans who just can’t get enough of that street-ready sound, boozing and, of course, The Man Downstairs. 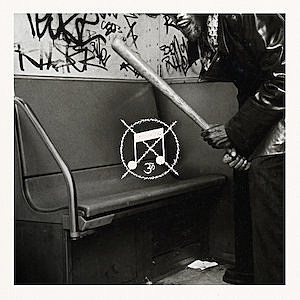 After a seven-year drought, Washington, D.C., grind freaks Magrudergrind are back with possibly their most pissed off and violent record yet. II is the follow-up to 2009’s self-titled release and crams 15 songs into just 24 minutes. A whirlwind album of swinging punk-inflected rhythms claw their way out of the blasting frenzy for just a brief moment before the concussive assault is again unleashed.

The sustained chords of album opener “Imperium In Imperio” only last for a few second seconds before a brief pause segues into blast beats and a throat-ripping scream from frontman Avi Kulawy. II is a constant battle between tempo changes, man-handling the listener as they assert their grinding dominance in a sonic equivalent of swinging the baseball bat depicted on the album’s cover. 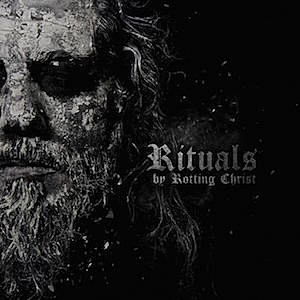 Rotting Christ have been reinventing themselves over the last 25 years, careful to never craft the same album twice. With a history of establishing certain sonic themes, they continuously expand and evolve their sound, most recently delving into more tribal territory, which is indicative with the album title Rituals.

The Takis brothers have been the only constants since the band’s formation in 1987, Rituals is the second consecutive album written and recorded by the duo without full time help from other band members. Invoking the namesake of the album, Rotting Christ present an atmosphere with grandiose choirs and a mechanized drumming style with heavy use of floor toms to accent the mood. Despite routinely employing different sounds from album to album, the Greeks are still as exciting as they were with the first EP in 1991. 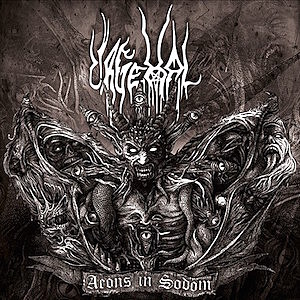 ‘Aeons in Sodom’ is the seventh and final album of Urgehal’s career. The record is dedicated to founder and vocalist/guitarist Trondr Nefas, who passed away in 2012. The band made the decision to record the last material Nefas was working on and his solos appear on the album. In an overwhelming tribute to their fallen bandmate, they’ve enlisted the vocal services of some of black metal’s most notable figures like Nocturno Culto (Darkthrone), Hoest (Taake), Niklas Kvarforth (Shining) and Nattefrost (Carpathian Forest).

Urgehal have always walked a fine line between uncompromising black metal and the punk-tinged stylings Darkthrone helped make famous and Aeons in Sodom is no exception. Nefas had a signature vocal shriek and the unforgettable “This is Satanic black metal!” exclamation at the beginning of Goatcraft Torment, but his corpse-painted comrades offer a fitting tribute. The band has a history of recording inspiring covers and close out the album with a black metal spin on Sepultura’s “Funeral Rites” and Autopsy’s “Twisted Mass of Burnt Decay.” R.I.P. Trondr Nefas/Urgehal.