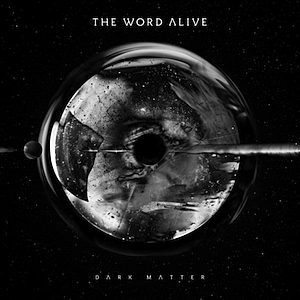 Experimental metalcore outfit the Word Alive are continuing their pace of an album every two years. The band has set Dark Matter as the title of their fourth studio effort, scheduled for a March 18, 2016 release on Fearless Records. Consisting of 12 tracks, the record will improve on the foundation the band has gradually been building upon.

“Dark Matter is the result of our most in-depth writing and recording session we’ve done, and is something we consider to be our most dynamic and expansive album to date,” says singer Telle Smith. “This record completely defines and expresses who we are, and where we are going, taking the listener to the darkest and most honest places our band has dared to venture.”

The first single, “Trapped,” will be released on January 8 and a portion of the song can be heard in the trailer below. The Word Alive will be out in full support of the new record, delivering “Trapped” and other new cuts on their month-long run beginning in February with Fit For a King and Out Came the Wolves. The dates for the 26 city trek can be seen underneath the trailer.

Pre-order for Dark Matters are available at the band’s website with 10 different bundles to choose from.

Vocalist Telle Smith broke his back and a rib on stage during the band’s recent tour with Motionless in White and the Devil Wears Prada. Known for his intense performances including back flips and stage dives, the singer was forced to tone it down as he managed to finish out the tour with a brace.

The Word Alive, Fit For a King + Out Came the Wolves 2016 North American Tour Dates: