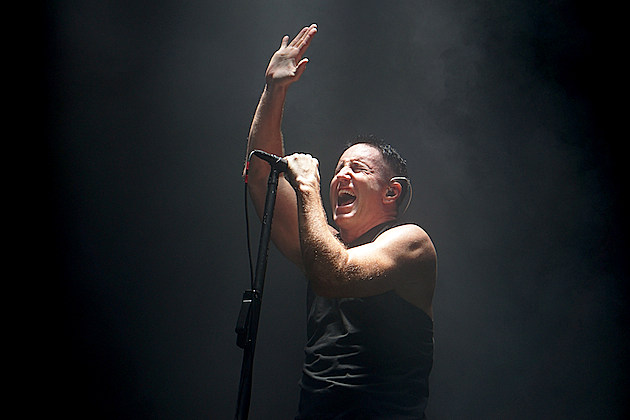 Nine Inch Nails mastermind Trent Reznor has given a reason to exclaim “Happy New Year!” after indicating the industrial rock outfit will be coming out with their ninth studio album in 2016. The album will serve as the successor to 2013’s Hesitation Marks, which hit No. 2 on the Billboard 200, the highest charting Nine Inch Nails album since 2007’s Year Zero.

The latest album was a bit of a departure from the angst that typically permeates the band’s music. Songs were crafted with different electronic emphasis along with Reznor’s affinity for delivering an unforgettable hook. Taking cues from Kraftwerk and Daft Punk, Hesitation Marks has a major focus on dance rhythms, most notable in the singles “Copy of A,” “Everything” and “Came Back Haunted.”

After a quiet 2015, Reznor will also leave his fingerprints elsewhere next year. The promise of “other stuff” can mean a variety of things whether it’s another film score with Atticus Ross, another How to Destroy Angels album — which features his wife Mariqueen Maandig as well as Atticus Ross and Nine Inch Nails collaborator Rob Sheridan — or something else altogether.

“Yeah, I’ve been messing around with some things,” the Nine Inch Nails mainman told Rolling Stone in July. “And I went through a period of ‘tour, tour, tour.’ Things right after another, with scores and what I’ve been doing whilst working on Apple music here is what I call “laboratory time,” more experiments without any definite agenda.” Explaining himself, he continued, “It’s not for a thing, it’s not a record I’m trying to finish in a month. It’s more just feeling around in the dark and seeing what sounds interesting. It’s nice to do that every few years to try and reinvent and discover and try to learn about yourself and what feels exciting to you as an artist.”

The Rock and Roll Hall of Fame nominated Nine Inch Nails as a candidate for the second consecutive year, but the pioneering act was passed over in favor of Deep Purple, Cheap Trick, Chicago, N.W.A. and Steve Miller. A band becomes eligible 25 years after the release of their first record, meaning Reznor’s outfit met the qualifications in 2014.