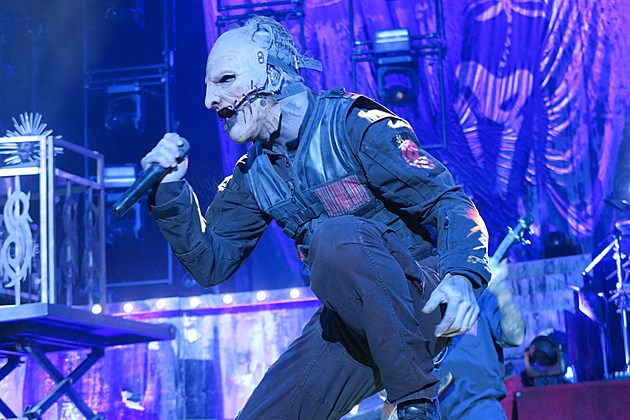 What does Corey Taylor think about Slipknot‘s latest Grammy nomination? Unsurprisingly, not much. In a new interview, Taylor says the Grammy nod means “s–t” to him, adding, “I don’t have f—ing time for that s–t, to be honest.”

Slipknot have been open about their distaste for the Grammys, even after winning one for “Before I Forget” in 2006. Guitarist Jim Root claimed to have used the trophy as a doorstop at one point and even lovingly placing the golden gramophone on the tank of his toilet. Slipknot have been nominated a total of seven times for their music, the latest being for “Custer” off .5: The Gray Chapter.

Corey Taylor spoke about Slipknot’s nod for “Custer” during an interview with Finland’s Radio Rock. When asked what the nomination means to him, Taylor replied, “S–t. I’m totally honest. I know a lot of people who, they put a lot of stock in it, but I keep telling ’em… I mean, we’ve been nominated now, like… God knows how many times. It’s been over ten times. We won once… Cool. It’s a popularity contest; that’s all it is. If it weren’t, if it were just about the music, you would see more metal bands — not including us — nominated in other categories, like ‘Album Of The Year’ [and] all of these different categories, and you just don’t. So it’s all a goddamn popularity contest, and I don’t have f–king time for that s–t, to be honest.”

Taylor adds, “It’s, like, everybody, they live and breathe by whether or not they’re gonna get this tiny statue, and it’s, like, why? So it can sit on a goddamned shelf and collect dust. To me, the real reflection of where you’re at is [performing live], and that’s all it is. Walking on that stage and seeing a massive audience lose their minds — that’s what it’s all about. You can take those statuettes all day long; I don’t care. It’s cool to win, but I’m not gonna f—ing die if we don’t win a Grammy, you know.” [via Blabbermouth]

In the Best Metal Performance Category, Slipknot’s “Custer” is up against August Burns Red‘s “Identity,” Ghost‘s “Cirice,” Lamb of God‘s “512” and Sevendust‘s “Thank You.” The winner will be announced on Feb. 15.