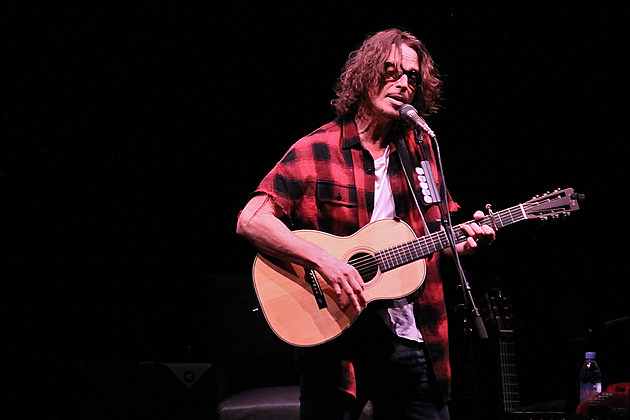 Chris Cornell is keeping quite busy these days. Having recently wrapped a very successful fall leg of touring in support of his Higher Truth solo album, the rocker has released a new solo track and reported via his Facebook page that he’s back in the studio.

The new solo track is called “Til the Sun Comes Back Around” and the somber tune was penned for the Michael Bay-directed film 13 Hours: The Secret Soldiers of Benghazi. The movie arrived in theaters over the weekend and a stream of the song has been revealed via The Audio Mug that can be heard below.

Cornell has plenty of experience issuing music via movie soundtracks. While with Soundgarden, the song “Birth Ritual” was part of the Singles soundtrack, “Blind Dogs” was part of the Basketball Diaries film and “Live to Rise” appearance on the Avengers Assemble soundtrack a few years ago. As a solo artist, he also composed the moving song “The Keeper” for the movie Machine Gun Preacher.

With touring wrapping up before the holidays, Cornell has returned to the studio, presumably with Soundgarden. The singer had started work with the band on new music in 2015 before breaking to promote his solo album. A new Facebook posting shows a console full of wires with Cornell’s caption stating he’d returned to the studio.

In other Cornell and Soundgarden related news, the band recently posted that Dusenberg Guitarist has announced a new “Black Hole Sun” Dusenberg Alliance Guitar. Get a look at the instrument below.

Chris Cornell, “Til the Sun Comes Back Around”