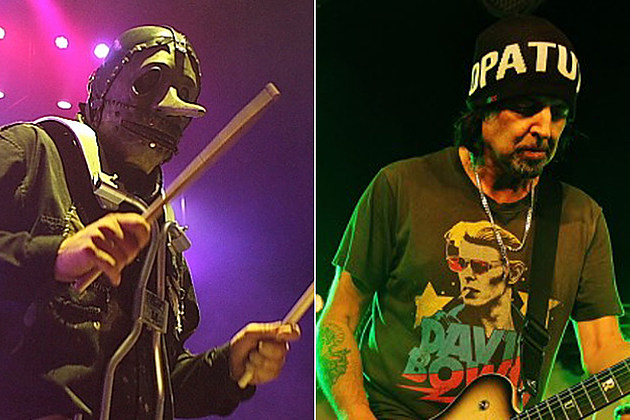 With the recent passing of Lemmy Kilmister, Motorhead are no more. But guitarist Phil Campbell is taking the next steps in his music career by starting work on a new solo album. The latest special guest to work with Campbell is Slipknot percussionist Chris Fehn.

Fehn revealed his participation in an Instagram post that featured both himself and Campbell in the recording studio. He captioned the post, “In the studio w Phil Campbell tonight. We’re recording some straight greasy s–t for everyone!!!” It is not known if the guest turn will be for one track, multiple songs or a full album.

In the studio w Phil Campbell tonight. We’re recording some straight greasy shit for everyone!!!

Campbell recently spoke with Talk Is Jericho host Chris Jericho in his first interview after the death of Lemmy. Toward the end of the podcast, the guitarist revealed his plans for a new album while also trying to coax Jericho to make a guest appearance.

During the chat, he revealed that he had Judas Priest vocalist Rob Halford and Ugly Kid Joe‘s Whitfield Crane expected to make guest appearances on the disc. Now it appears as though Fehn is on board as well. Stay tuned to see who else might join Campbell during his recording.