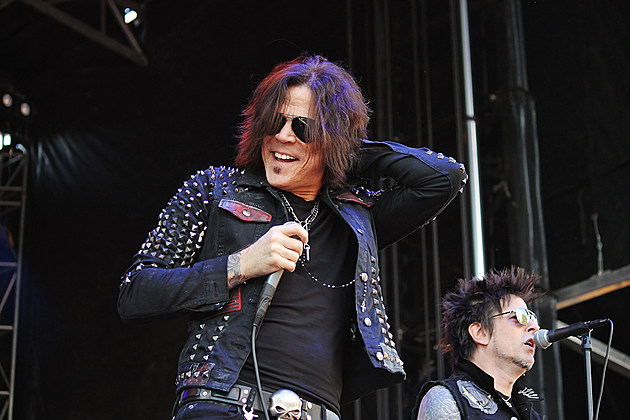 Less than a year after joining veteran act Skid Row, former TNT singer Tony Harnell has left the band. Replacing tenured vocalist Johnny Solinger, Harnell was hand-picked to fill the void as soon as the band announced they had parted ways with their frontman of the last 16 years. The singer announced his departure on his Facebook page, saying he quit.

“I was not fired from Skid Row, I quit. Being ignored and disrespected isn’t my thing. I had a great time performing with the band and singing so many great songs. I don’t regret a thing!” said Harnell. The singer forced cancellations earlier this month after he was admitted to a hospital, suffering from severe bronchitis with asthmatic symptoms and low oxygen levels.” Harnell stated at the time, “The dr.’s felt traveling today and attempting to sing as soon as tomorrow would be a bad idea. I’m always willing to give it a try but everyone involved with the show felt it was best not to wait till the last minute to make a decision.” He went on to thank the rest of Skid Row, their agent and openers Great White for their support.

When Skid Row sacked Solinger, Harnell was immediately named to replace him and Skid Row released a re-recorded version of the classic “18 and Life” before fans could even anticipate the idea of Sebastian Bach returning to the fold. With the vacant slot waiting to be filled, the idea of the famed singer making a return is still highly doubtful. Guitarist Dave ‘Snake’ Sabo said “no one feels comfortable with that idea” when speaking about a reunion with their former frontman. Citing his current state of mind, Snake stated, “Happiness, to me, is my spirit and my soul is more important to me than having dollars in my wallet. People may [not] believe that and that’s okay. Anybody who knows me knows that to be true. I don’t think you can place a price on happiness.”

Skid Row were expected to hit the studio to work on new material with Harnell, either with their first studio album since 2006’s Revolutions Per Minute or finishing the United World Rebellion EP trilogy.