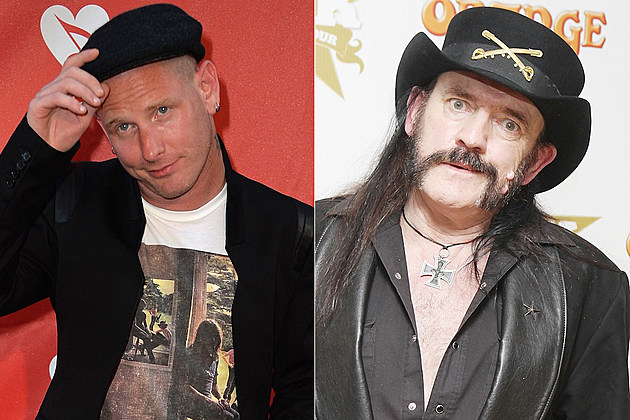 What does Corey Taylor think about the legacy of Motorhead‘s Lemmy Kilmister? The Slipknot / Stone Sour vocalist penned a memorial for The Guardian sharing how Lemmy influenced him and how the gravelly-voiced legend became a good friend of his.

Corey Taylor is an accomplished author, so it’s no surprise how eloquent and personal his tribute to Lemmy came out. Corey remembers hearing “Ace of Spades” for the first time and how it instantly became one of his favorite songs.

“The guitars were smuggling razor blades, the drums were pummeling and through it all … there was Lemmy Kilmister, playing bass and straining his neck to sing into the mic that always seemed a little too high, until you realized it was just right,” Taylor writes. “I sat transfixed, unable to describe what I was seeing or hearing, and unable to understand why I loved it instantly. But it didn’t matter if I didn’t understand. I just knew it kicked ass.”

Taylor continues, “In a career that could be calculated in generations, Lemmy was one of the few proper iconoclasts left standing. He did it his way and never once tried to do it any differently. He has been called ‘the grandaddy of thrash,’ but Lem always insisted he just played rock ’n’ roll. We got to be pretty close over the years, touring the world together on various festivals or running into each other at awards shows. I was lucky to call him my friend.”

After recalling some classic personal moments including chain smoking and giving into side-splitting laughter with Lemmy, Corey summed up what he’ll always take from the life of Lemmy. “A lot of people are going to talk about what a tragedy it is that our friend Lemmy died, and lament how sad it is. But I am going to talk about this: the man lived,” Taylor stresses. “He lived his life on his terms right up until the day he died. He played the music he loved. He never compromised, on style or volume. If there was ever a man who took no s–t, prisoners or safe routes, it was Lemmy Kilmister.”

Check out Corey Taylor’s full written tribute to Lemmy Kilmister at The Guardian.