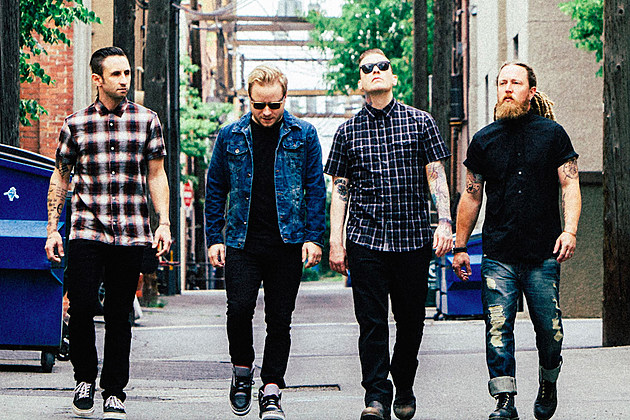 After spending a good portion of the fall touring North America with Breaking Benjamin and Sevendust, Shinedown are ready to do it all over again. The band has announced a 12-date U.S. run in March that will start in Portland, Ore., and continue through Deadwood, S.D.

At present, the tour runs March 1-18, but a press release states that more dates will be announced soon. Pre-sale ticketing begins this Wednesday (Dec. 16), while all remaining tickets will go on sale to the general public this Friday (Dec. 18). VIP packages are also being offered at this location. For complete ticketing info, click here.

Shinedown are currently promoting their Threat to Survival studio album. The disc has already spawned the hit single “Cut the Cord” while the follow-up “State of My Head” is making a rapid ascent up the rock charts. Threat to Survival is the band’s fifth studio release. It debuted at No. 5 on the Billboard 200 Album Chart earlier this year.

Upstart British rock band The Virginmarys will provide support on a majority of the dates. The group recently released an intense new song called “Into Dust” that’s expected to be part of their next album. The still-untitled disc is one schedule for a 2016 release.

See the Birthdays of Brent Smith and Other Rockers