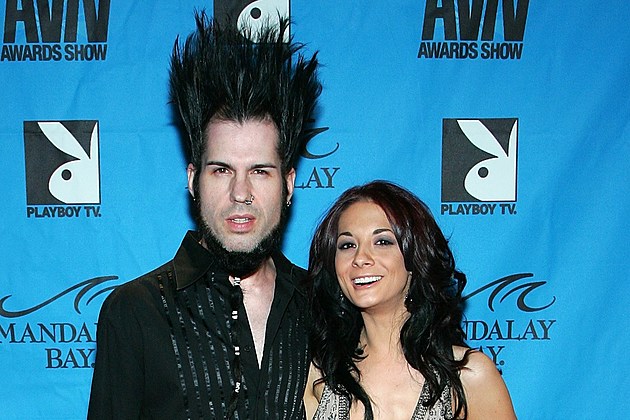 Yesterday morning (Jan. 15) we reported the tragic news that widow of former Static X mainman Wayne Static, Tera Wray Static, had been found dead at age 33. Though no cause of death had been revealed at the time, reports hinted at the possibility of a suicide. Now, Tera’s roommate Jay’e Jones has weighed in on her untimely passing, confirming the death was a suicide.

As Jones as well as Tera and Wayne’s families deal with difficult time, a statement has been released, detailing Tera’s profound love for Wayne that persisted after his death. Jones posting the following message on her Facebook page and commented that the statement has been approved by Tera’s mother:

As we are still unable to contact the person who runs Wayne Static’s Facebook page, to post the official statement regarding Tera Static’s death, I will share it here below. This was very difficult for us to write, and we appreciate all the love and kind messages that have been received by her friends and family.
Love conquered all on the evening of Wednesday, January 13, 2016. After 14 months of separation by death, Tera Wray Static took fate into her own hands, and ended her life to be with the man she loved.
So it is with heavy hearts we confirm her suicide. Her body was discovered by a friend whom she had been living with temporarily. The exact cause of death has yet to be released by the coroner’s office, but a drug overdose has been ruled out.
Tera suffered from depression since the death of her husband, Wayne Static of Static-X, who passed on November 1, 2014. Close friends of the couple had this to say:
“We are deeply saddened over the news, but feel a peace that she is together with her husband. The undeniable bond they had from the moment they met throughout their remaining years was an intense, true love that only few experience.”
Tera was deeply loved by her friends and family, and we politely ask that their privacy is respected during this difficult time.

Wayne Static passed away on Nov. 1, 2014 from an overdose of alcohol and prescription pills. Tera had awoken to find her husband unresponsive and promptly dialed 911. When paramedics arrived, they pronounced Static dead and noted rigor mortis and lividity.

Loudwire wishes all friends and family of Tera Wray Static the best and extend our condolences as they deal with this tragedy.