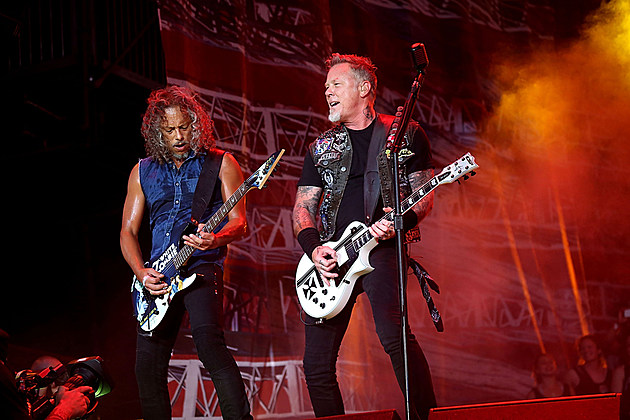 If there’s one thing Metallica and AT&T Park in San Francisco, Calif. have in common, it’s a reputation for making a lot of noise! The stadium, which primarily serves as home of the Major League Baseball team the San Francisco Giants, also hosts some of the biggest musical acts in the world, but local citizens have expressed dissatisfaction with the noise level over the last two years. With Metallica playing the pre-Super Bowl show ‘The Night Before,’ stadium staffers are working diligently to reduce noise pollution for the event.

“Those complaints have been decreasing with every show,” said Vice President of Giants Enterprises Sara Hunt to SFGate.com, adding, “We’ve been working with acoustic engineers.” Confident in their efforts thus far, she stated, “We don’t anticipate any problems with Metallica.”

With about three weeks left to prepare before the Feb. 6 concert, they hope to eliminate the problems that have plagued that stadium in the past. After a Jay Z concert in August of 2014, the sound traveled up to three miles and spilled into the homes of nearby residents. One local complained, “You could hear every word. I started making a set list. I would have liked to have gone to sleep, but I had my own little personal concert in my room.” Strides had been made in the year following the show with only 12 complaints after AC/DC‘s September performance. Unfortunately, the setlist didn’t include the classic “Rock ‘n’ Roll Ain’t Noise Pollution.”

Metallica have been making a different kind of noise lately, sending fans into a frenzy three days before Christmas when the band served up the first taste of new Metallica music from the studio to fan club members. James Hetfield and his cat Tabs wished everyone a happy holiday and gave their loyal fans an early present to thrash around the Christmas tree to. A new album is expected from the titans this year, which will be their first since 2008’s Death Magnetic.