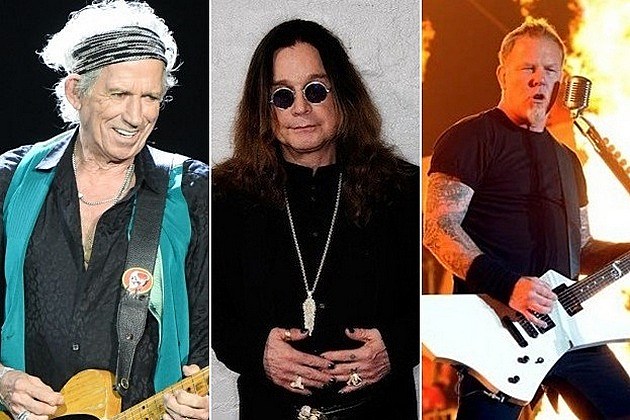 Legendary Rolling Stones guitarist Keith Richards apparently is not a fan of heavy metal. With a new solo album Crosseyed Heart coming out Sept. 18 he’s doing the press rounds, and in a chat with the New York Daily News, he wasn’t afraid to criticize a couple of metal’s most successful and iconic groups.

“Millions are in love with Metallica and Black Sabbath,” Richards says. “I just thought they were great jokes.”

When it comes to hip-hop, Richards doesn’t care for it, either. “What rap did that was impressive was to show there are so many tone-deaf people out there,” he says. “All they need is a drum beat and somebody yelling over it and they’re happy. There’s an enormous market for people who can’t tell one note from another.”

It has been a long time since Richards released a solo album. Crosseyed Heart is his first solo effort in 23 years. “I had no intention of making solo albums,” Richards says. “I always thought, ‘I’m a Stones man. None shall leave!’ At the same time, we had years of spare time and I wanted to work.”

Richards and Stones frontman Mick Jagger have had their share of conflict over the years, and he criticized Jagger in his autobiography Life. But Richards says, ”he’s a hell of a frontman,” and “I still love him dearly,” and also says “your friends don’t have to be perfect.”