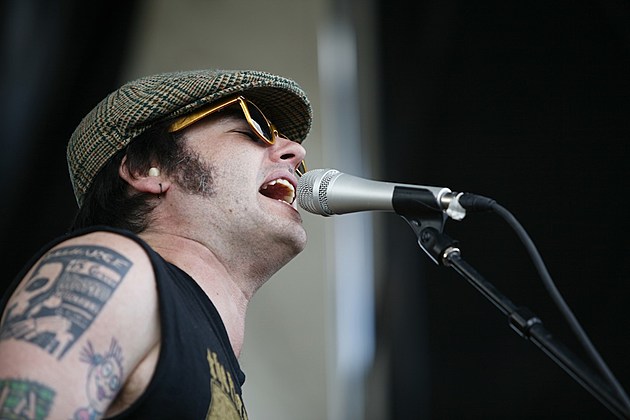 Congrats are in order for NOFX frontman Fat Mike, who tied the knot with Soma Snakeoil on New Year’s Eve in Las Vegas. TMZ reported the news with some awesome photos from the ceremony.

In a rather nontraditional ceremony, Fat Mike donned a wedding dress while his bride sported a tuxedo. The couple were engaged for over a year and according to TMZ the couple have lived together for six years.

The ceremony was a last minute affair, with only eight, mostly leather-clad people invited. Blink-182 and Alkaline Trio musician Matt Skiba served as the Best Man / Bridesman for the ceremony. On Twitter, Fat Mike posted the TMZ report and pointed out, “Look, I’m as tall as Matt Skiba! Well, almost.”

According to the report, the couple penned their own vows and Fat Mike promised to be Soma’s “10,000 night stand.”