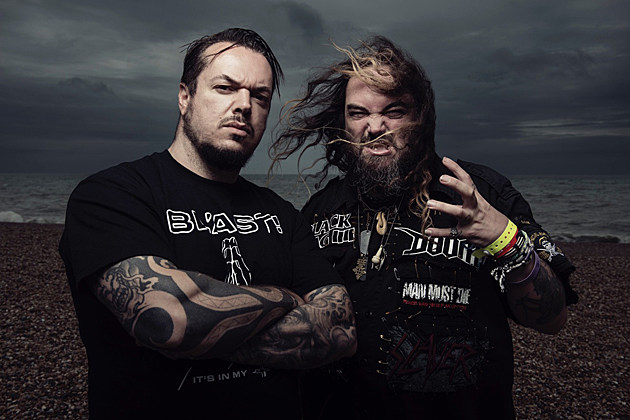 It isn’t the Sepultura reunion fans have been clamoring for ever since frontman Max Cavalera split with the band 20 years ago, but it counts for something. Max, along with his brother Igor Cavalera who left Sepultura in 2006, will be celebrating the 20th anniversary of the widely influential and divisive Roots album by performing it in its entirety on an upcoming tour.

Max revealed the news in an interview with Planetmosh when asked about plans for a fourth Cavalera Conspiracy album with Igor. He responded by stating, “Actually, this is twenty years of the Roots album, so [Igor and I] are planning to play the whole Roots record. I think we’re doing it in the [United] States. Hopefully we’ll come to Europe as well, playing the whole record.”

Shifting conversation towards new material, Max unveiled plans for him and his brother following the tour, adding, “And then I’m gonna work with him to try to work on some new tunes for a new Cavalera [Conspiracy album].”  All three of the band’s albums have been produced by Max, but he has different ideas for the new record, adding, “I think this time we’re gonna actually use a real producer; I don’t know who yet.”

Roots was and still is a polarizing album that divided metalheads into two camps. Some praised the ultra-downtuned playing that sacrificed thrash for groove and is largely attributed to influencing nu-metal. Others have marginalized the record due to the influence it fostered and the band’s willingness to abandon a style of thrash that was remarkably unique.

Max had harsh words for his former bandmates back in August of last year, stating, “I don’t give a s–t about Sepultura or what they’re doing, you know. I just heard from fans that people don’t like their albums, and they’re s–tty, and the band’s just going down and down, and, I don’t know… I really can’t care, can’t care less what they’re doing. It don’t concern me at all. I’ve got my things going, and, for me, it’s just so sad to see a band that was so important and special in the ’90s turn to s–t like that so fast.”

As of yet, no official dates have been announced regarding the Cavalera Conspiracy tour where the band will play Roots from start to finish.