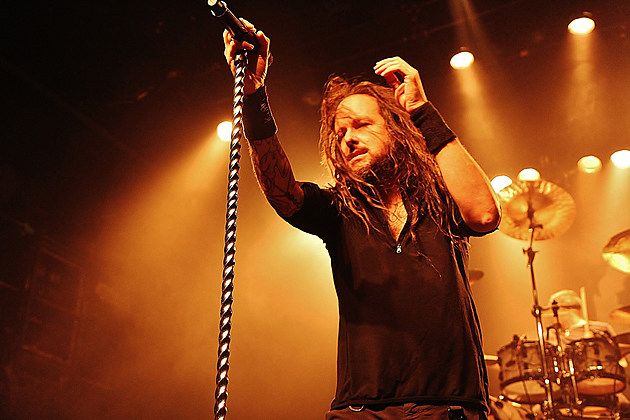 It was a perfectly normal Thursday for Korn frontman Jonathan Davis and then his phone started to blow up with text messages. During a speech honoring Medal of Honor ceremony recipient Florent Groberg, President Barack Obama name checked “the lead singer of Korn.”

As was revealed earlier in the week, Obama was relaying the story of Groberg, who came to in a haze in a hospital after helping to thwart a suicide bomber and was surprised to see the Korn frontman sitting with him. Obama then joked during the medal ceremony that it was not a hallucination, that Groberg was in the White House and that Obama was not the lead singer of Korn.

Davis spoke to Rolling Stone about the surprise attention, recalling, “I was asleep and then around six or seven in the morning, my phone starts going off. I look over and someone had just texted me, ‘The president just said your name during this Medal of Honor ceremony.’ I’m just like, ‘whatever,’ and went back to sleep, but [my phone] kept going.”

After finally seeing what everyone was buzzing about, Davis said, “I couldn’t believe it. It’s really cool. The President of the United States gave me props for being there for a Medal of Honor recipient. Groberg went through hell.”

Though Davis doesn’t always agree with the President or his politics, the singer says he’s not using the attention to pick a fight, adding, “I’m not going to take [this moment] and make it about that. This is about Captain Groberg.”

Davis met Groberg while he was visiting military members back in 2012. A documentary short was filmed of his visit of the Ramstein Air Force Base in Germany and it went on to win an award. Check out the short, as well as Obama’s speech mentioning Davis, below.