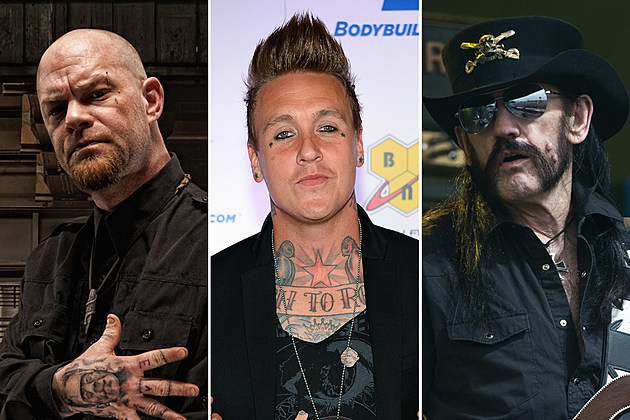 As things continue to play out in France in the aftermath of Friday’s terrorist attacks in Paris, several more acts have bowed out of their Sunday performances (Nov. 15) in the country.

We followed the tragic events in Paris Friday night with great sadness. We are devastated at the loss of life and have friends and fans who were at the concert. Out of respect for the victims and to observe France’s 3 national days of mourning, we will be postponing our show in Strasbourg Sunday night, November 15th. Our thoughts and prayers go out to the families and those affected by the terror attacks in France. Please stay tuned to www.fivefingerdeathpunch.com for more info as we have it.

Papa Roach, meanwhile, were scheduled to play L’Aeronef in Lilles, France. They issued an announcement on Saturday revealing the cancellation and the band was still awaiting word on their Monday performance in Paris. Their statement can be read below:

We heard about the tragedy in Paris last night after our show in Frankfurt with great sadness. We are devastated at the loss of life and had friends and fans who were at the Eagles of Death Metal concert. Out of respect for the victims and the French three days of national mourning, we will be canceling our show in Lille Sunday night, November 15th. Our thoughts and prayers go out to the families and those affected by the terrorist attacks in Paris. Info on refunds will be posted in the next few days. We hope to know about our Paris show tomorrow. #Jesuis #Paris #PrayForParis

Motorhead are the other group affected, as the band was scheduled to play tonight at the Zenith in Paris. On Friday, the group offered their first statement, saying:

First of all, what can we say? Our hearts go out to all who have suffered in Paris tonight, we are so sorry, it is so utterly horrific. Thank you to everyone who has asked about us all, everyone in the Motörcamp is safe although as you have probably heard, Paris and, indeed, France, is understandably on lockdown until local authorities can gauge the full extent of what has occurred. When we have further news, we will let you know. We just hope everyone can heal.

On Saturday, they added:

Due to the serious situation that our brothers and sisters are facing in Paris we have to postpone our gig until January. We are working on locking a date and will give details as soon as we can.

All the best to the bands touring in and around Paris right now. Stay tuned for additional updates on the aftermath of the terrorist attacks in France.