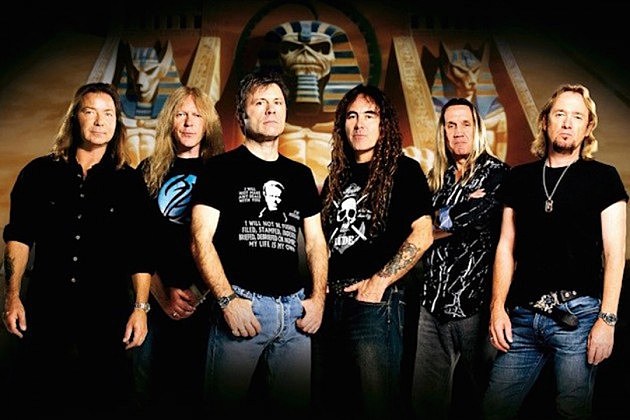 Iron Maiden are preparing to release their first new album in over five years with The Book of Souls, which arrives on Sept. 4. The legendary British metal band is planning a huge world tour to support the album and frontman Bruce Dickinson will once again navigate the globe in the flight deck aboard a brand new Jumbo Jet.

When Iron Maiden kick off “The Book of Souls World Tour” next year, the group will have a new plane that should have more enough room for the group, crew and equipment. According to the band’s website, the Boeing 747-400 Jumbo Jet is nearly twice as large and triple the weight as the Boeing 757 the band took out on their three previous tours. Check out the schematics of the huge jet in the photo below.

Dickinson is currently training for his license to fly the huge four-engine jet at Cardiff Aviation in Wales. The vocalist explains, “When the opportunity arose from my friends at Air Atlanta Icelandic to lease a 747 for ‘The Book Of Souls’ world tour, of course, we jumped at the chance. Who wouldn’t? The greatest benefit of travelling in a 747 is that because of its colossal size and freight capacity, we can carry our stage production and all our stage equipment and desks in the cargo hold without having to make any of the immense structural modifications needed to do this on the previous 757, the extent of which fans will have noted on the Flight 666 DVD.”

The new “Ed Force One” will carry the band, crew and over 12 tons of equipment all around the planet with stops in 35 countries in six continents. No dates have been announced as-of-yet but we will keep you posted.

The vocalist concluded, “We’re all really excited at the thought of bringing our brand new tour to fans who have never seen us play live before, and, of course, re-visiting all our old friends again too. You can rest assured we are all working hard to put together a spectacular show for our fans.”

Iron Maiden’s The Book of Souls album will be released on Sept. 4. It is available for pre-order at iTunes. The band’s 2016 world tour is expected to hit North American in February for a few dates and then will return in April. 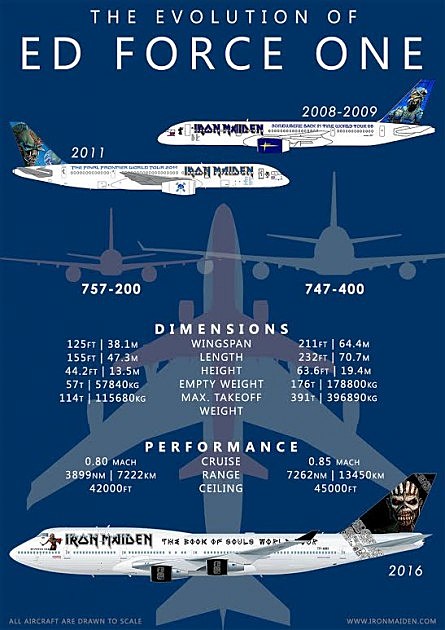