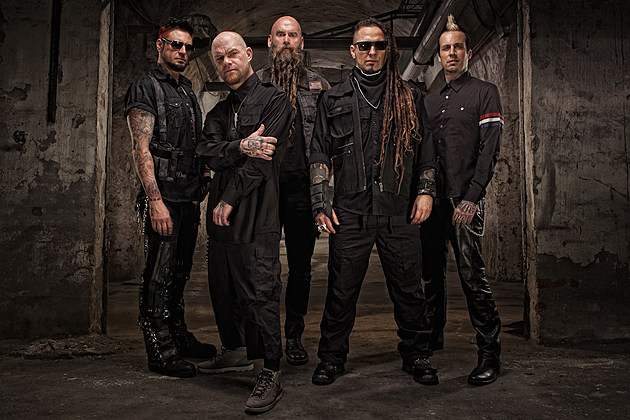 The title of Five Finger Death Punch‘s latest album is a nod to the military, as Got Your Six is a phrase that soldiers use to say, “I’ve got your back.” It refers to the six o’clock position on a clock that represents directions, assuming the subject is facing straight at 12 o’clock. FFDP’s support for the troops has been undying and the band has been bestowed a prestigious honor from the Association of the United States Army.

Presented with the “Soldier Appreciation Award,” guitarist Zoltan Bathory stated, “The Soldiers Appreciation Award is something very special. The only musician ever to receive this was Elvis Presley.” The award is given every five years and its recipient is voted on by soldiers online.

“Clearly what we have to say resonates with a lot of veterans and a lot of service members,” the axeman continued. Realizing the full impact Five Finger Death Punch’s music had made, he finished by stating, “To know that we are reaching people and touching their lives with our music is very rewarding,  and to me this really is the sole purpose of being a musician—to be able to make a positive impact in somebody’s life.”

Five Finger Death Punch will also be co-headlining three select dates with Shinedown (seen below). The dates will be interspersed between festival appearances, which can all be found in our 2016 Guide to Rock + Metal Festivals. Pre-sales begin on Thursday, Feb. 3 at 10AM ET and the national public tickets will be on sale Feb. 4 at 10AM ET. More details and information about VIP options are available at Five Finger Death Punch’s website.