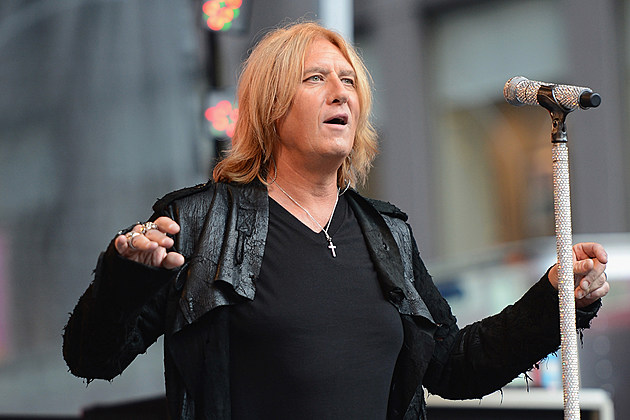 Rock and metal musicians will do just about anything to prevent canceling a show, sometimes battling through agonizing conditions to either get onstage or finish out the set. While these acts are noble and a true testament to how much a band cares about their fans, sometimes the best call is to postpone the shows, especially if medical conditions are at play. Def Leppard are erring on the side of caution, ensuring their singer Joe Elliot doesn’t permanently damage his voice.

Def Leppard were on the road incessantly in 2015 and picked it right back up at the start of this year. After struggling to perform on the band’s ‘Hysteria on the High Seas’ cruise, it has been decided that rest is the best medicine for the Elliot. All dates from Feb. 2 in San Antonio, Texas, through Feb. 17 in Allentown, Pa., will be postponed. Drummer Rick Allen tweeted an explanation:

After playing an unplugged set on the Def Leppard cruise, Elliot attempted to power through a full plugged-in show the next day, but was sidelined as guitarists Vivian Campbell and Phil Collen took over singing duties. It was an opportunity to see some other singers handle Def Leppard classics as well, as the band brought up Andrew Freeman (Last in Line), Eric Martin (Mr. Big) and Kip Winger (Winger).

For those who have already purchased tickets for the postponed dates, hold onto them as they will be honored at the rescheduled date. As of now, there is no word on when Def Leppard will be rescheduling the tour dates.

Def Leppard released their self-titled record in October 2015, peaking at No. 10 on the Billboard 200 charts. The group self-produced the album and were free from any label and outside pressure as they wrote the music and came away with two more hit singles, “Let’s Go” and “Dangerous.”