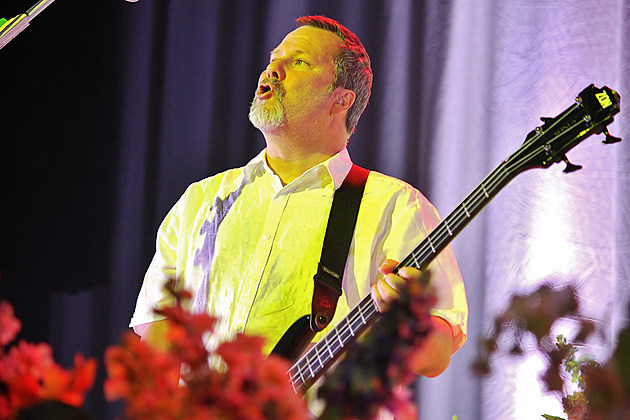 As Faith No More once said, “It’s a dirty job but someone’s gotta do it.” That “someone” in this story is the band themselves and the “job” on the horizon is revisiting the band’s breakout album, We Care a Lot. The disc is getting a special 30th anniversary reissue and bassist Bill Gould took some time to reflect with Faith No More Followers about the album.

The collection will reportedly be reissued through Koolarrow Records next year with bonus tracks and previously unseen photography. However, a firm release date has not been revealed as of yet.

For a refresher for the younger fans out there, We Care a Lot served as Faith No More’s debut disc. At the time, the band had Chuck Mosley as their lead vocalist, with the lineup rounded out by mainstays Mike Bordin on drums, Roddy Bottum on keyboards and Bill Gould on bass, with Jim Martin serving as the guitarist. Of the songs on the disc, the title track We Care a Lot would become their biggest hit, though it wasn’t really until the song was re-recorded for their Introduce Yourself album that it really took off. Take a listen to the song in the player below. The track “As the Worm Turns” has also stood the test of time as a fan favorite.

Speaking about the upcoming reissue, Gould stated, “I just recently found some old tapes in my attic and had them transferred, some of them from this recording session. I have to say, they sounded really good! It surprised me, and made me look at these 20-year-old idiots with a bit more respect.”

Stay tuned for details on the upcoming 30th anniversary release of We Care a Lot and in the interim, be sure to check out how Faith No More sounds today with their 2015 effort Sol Invictus.

Faith No More, “We Care a Lot”

Watch Faith No More’s ‘Sunny Side Up’ Video