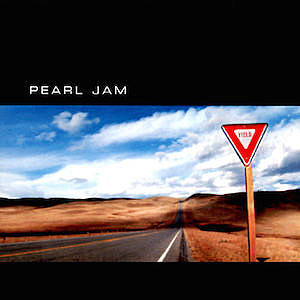 The times, they were a changing come 1998. After a trio of hugely popular albums, Pearl Jam took a step backward with 1996’s No Code album, which failed to meet the commercial success and critical raves of their previous releases. In addition, the band’s battle with Ticketmaster led to difficulties in tour scheduling and resulted in a shorter run for the band. Add to that that the grunge scene from which they initially sprung seemed to be giving way as radio started to look for the next big thing. But while it would be easy to panic at the changing landscape, Pearl Jam took a step back, reflected at where things stood and embraced the idea of change.

It all started with the creative process. Where Pearl Jam was initially led by Stone Gossard and Jeff Ament, later albums found Eddie Vedder being the primary creative force. But with No Code, the singer began to wear down and was welcome to the idea of other voices being heard. Ament told MTV, “I remember at the end of the last record, he said, ’Y’know, this was really a lot of work for me, and next time, it would be great if I didn’t have to work so hard on the arrangements, and if people came in with more complete ideas, and even more complete songs, that would really help me out a lot,’ and I think everybody took that to heart.”

Meanwhile, a shift was starting to happen in the music industry. As stated, No Code was the band’s first album that wasn’t a monster success. Meanwhile, the ending of Nirvana and Soundgarden and the hibernation of Alice in Chains essentially left Pearl Jam as the lone “Seattle scene” act still pushing forward and for the first time since the Ten album, there wasn’t a huge spotlight on the band’s next move. “We were letting ourselves be too affected by all the pressure,” admits Ament. “Those things showed themselves in some of the songs we wrote and even some of the performances. We’d get passive-aggressive with each other instead of realizing we were all in this together.”

Gossard told Billboard, “Being able to pull back from all that pressure helped give us the space to figure out our internal problems, within the band and within us as individuals. We gave each other some time off from each other. Actually, it’s like we broke up but still made records.”

Less pressure also meant a less angst-ridden band and a new album lighter in tone. Vedder told the Philadelphia Inquirer, “We’re not the same people we were five years ago. There’s ‘cool’ and ‘cynical,’ which to me is dull and boring. It’s a perfect way to get to youth, you know, being sarcastic and saying everything sucks. But at this point, I’d have to fake it to do that.” He went on to add, “I’m a little more positive about the whole trip now. We’ve had time to count some blessings. I’m in a tremendous position, being in a band and making music. I’d be an idiot not to enjoy the opportunity.”

So with a new plan, Pearl Jam entered a pair of studios during 1997 with producer Brendan O’Brien, ready for a more collaborative effort. On Feb. 3, 1998, the band’s fifth album, Yield, was finally ready for release.

Kicking things off for the band was the Zeppelin-esque single “Given to Fly.” Guitarist Mike McCready came up with the riff for the song during a snowy Seattle day and then shared it with Vedder. “I just wanted him to sing on it,” McCready shared with a chuckle to Guitar World. “That was enough. I did have the intention of making a dynamic song with a sense of flow. I built it like a wave on the ocean. It starts out slow and small, then builds until it gets really large, then breaks like a wave and gets small again.” Vedder came up with the idea to pen the track about a man blessed with the ability of flight, hoping to share it with others only to be greeted with violence. He told the Philadelphia Inquirer that he envisioned the song as a children’s book, adding, “It’s a fable, that’s all. The music almost gives you this feeling of flight, and I really love singing the part at the end, which is about rising above anybody’s comments about what you do and still giving your love away. You know — not becoming bitter and reclusive, not condemning the whole world because of the actions of a few.”

The song would soar all the way to No. 1, spending six weeks on top of the Mainstream Rock chart. It also climbed to No. 3 at Modern Rock and cracked the Billboard Hot 100, peaking at No. 21. At one point they also considered halting their “no video” policy to create a clip for the song, but eventually chose to provide a visual for “Do the Evolution” instead.

Though not a huge radio song, “Do the Evolution” did become a live and critical favorite and the band’s return to the music video format was greeted warmly. Vedder called the frenetic rocker his favorite song from Yield, telling MTV, “I can listen to it like it’s some band that just came out of nowhere. I just like the song. I was able to listen to it as an outside observer and just really play it over and over. Maybe because I was singing it from a third person so it didn’t really feel like me singing.” The singer revealed that the song itself was all about someone who’s “drunk with technology, who thinks they’re the controlling living being on this planet.” He also cited Daniel Quinn’s novel Ishmael as a major influence. The track would earn a Best Hard Rock Performance Grammy nomination in 1999, while the video for “Do the Evolution” also earned a Grammy nod.

The video for “Do the Evolution” came about after Vedder had a discussion with Spawn comic book creator Todd McFarlane, who delivered an eye-catching animated clip for the song. “We just banged our heads together,” McFarlane told Rolling Stone. “Eddie tends to go to the darker side of things. That’s why I liked him so much.”

The other major single from Yield was “Wishlist,” a contemplative, metaphor-driven track penned by Vedder as a stream-of-consciousness exercise. The singer told Microsoft Music Central, “McCready booked studio time in a tiny studio here with our friend Stu behind the board and another friend playing drums. We don’t have the discipline to sit down and teach each other parts, so you’re writing simple chord changes that someone else can follow without having to take breaks to learn them. It was probably eight minutes long originally. I listened to the tape and picked out the better wishes.” The song would climb to No. 6 on both the Mainstream Rock and Modern Rock charts.

Other standout cuts from Yield included “In Hiding,” a true collaborative track, and the slow building “No Way.” Of “In Hiding,” drummer Jack Irons stated, “I like ‘In Hiding’ a lot…It’s like a band track. It sounds like five guys just played a track together and I think that’s pretty much what happened.”

As for support of the album, after battling Ticketmaster in court and seeking to make their statement by booking their own dates at non-Ticketmaster venues, the group eventually relented somewhat during the touring for Yield. The group attempted to keep Ticketmaster venues at a minimum, but saw the advantages of being better able to accommodate concertgoers in certain locations. As such, they were able to give their new album the full touring support they had done with earlier discs.

The touring for Yield also included one other major change and that came in the form of their lineup. After finishing shows in Australia, drummer Jack Irons decided to bow out of the group, not eager to take part in a lengthy touring cycle. But that led the band to calling Matt Cameron, who was now free after the split of Soundgarden. Cameron had a long running relationship with Pearl Jam, including playing with members of the band in the early ’90s project Temple of the Dog. After getting the call, Cameron learned 80 songs in the matter of two weeks, picking right up on the band’s next leg of touring. Initially brought aboard as a temporary fill-in, Cameron has remained behind the kit for Pearl Jam through to present day.

In retrospect, Pearl Jam’s Yield is viewed as a positive rebound for the band, both creatively and commercially. While it did not reach the sales heights of the band’s first three albums, it did debut at No. 2 on the Billboard 200 Album Chart and went on to be certified platinum by the RIAA. But more importantly for the band’s longevity, the Yield sessions reset the way in which Pearl Jam worked and laid the groundwork for fruitful creative ventures to come.

“In the long run, we stayed around,” said Vedder. “The mere fact that we survived made us stronger. We care for each other more, we trust more because we have had to, to endure. And, I think, maybe for the first time we’re playing up to our potential.”