Before they were “more human than human,” White Zombie were a struggling band just trying to make it in New York City, but yet much of their early works have been difficult to find. However, thanks to Numero Group, a new box set celebrating the band’s early years is now on the release schedule.

The collection, titled It Came From N.Y.C., explores the band’s origins in the Big Apple’s underground rock scene as a noise rock outfit, unearthing some of the group’s long out-of-print releases.

It Came From N.Y.C. is available in five LPs or three CDs and comes with an 108-page hardcover book that features a 20,000-word essay by Grayson Currin, a flyer gallery, a complete concert “shirtography” from 1985-1990 and 50 previously unpublished photographs.

As for the music, it features tracks from the “God’s on Voodoo Moon” 7″, the “Pig Heaven” 7″, the Psycho-Head Blowout 12″ EP, the Soul Crusher 12″ LP, the Make Them Die Slowly 12″ LP and the God of Thunder 12″ EP. Each of the discs were initially released between the years of 1985 and 1989, long before many fans became familiar with their breakout track “Thunder Kiss ’65.”

Numero Group will release the White Zombie It Came From N.Y.C. box set on June 3, but pre-orders are currently underway at this location. Watch a trailer promoting the set above and check out the box set track listing below.

White Zombie, It Came From N.Y.C. 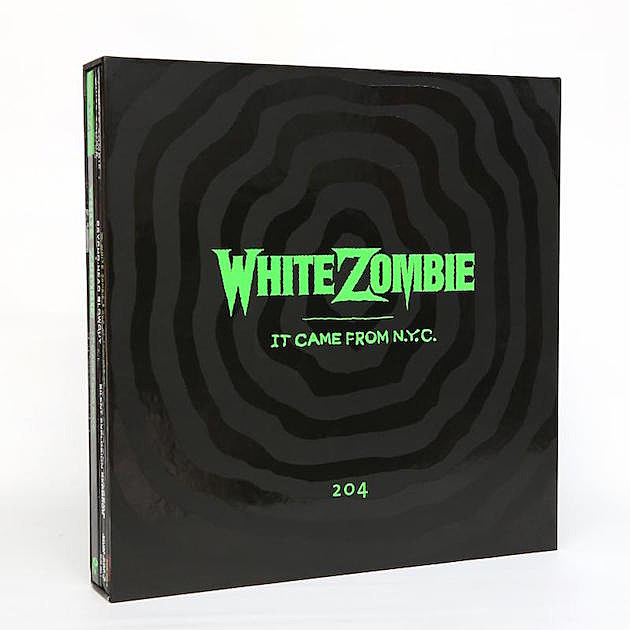