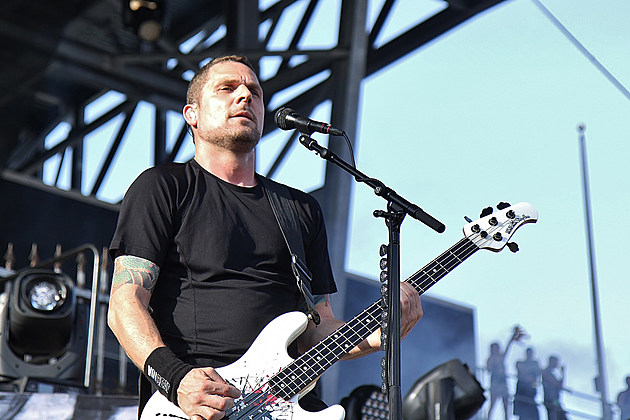 Volbeat are currently between albums, but when they return there will be a new person handling bass duties for the group. The band and bassist Anders Kjolholm have announced that they came to the mutual decision that Kjolholm would be exiting the band.

Frontman Michael Poulsen and drummer Jon Larsen issued a joint statement on the matter, while Kjoholm offered some words of his own about the exit. Poulsen and Larsen’s statement reads as follows:

Anders has been a loyal friend and bandmate since 2001. We’ve toured most parts of the world and shared experiences that only few bands get to do. We’re very thankful for this and wish Anders all the best in the future.

As for Kjolholm, he offered the following comments:

It has been a great experience to be part of the Volbeat family for so long and I wish Michael, Jon and Rob, everyone involved with the band and of course all the fans all the best on the continued journey.

Kjolholm is an original member of the group, starting with the band back in 2001. In addition to his bass work, he lent backing vocals to a number of the band’s songs. Though the band has not announced a replacement yet for the bassist, their posting about the matter reveals that all scheduled tour dates will go on as planned. At present, the band is not expected back on tour until June 2016. Dates can be found here.

No official release date or title has been announced for the band’s next album, but it has been hinted by members of Volbeat that they are looking at releasing new music in 2016. Stay tuned for updates on new music and the band’s lineup for their next disc and touring.

See How Old Michael Poulsen + Other Rockers Are