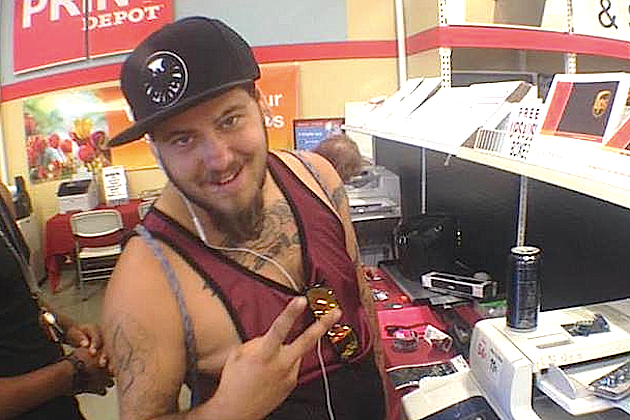 It is a sad day again as we report another loss in the rock and metal community. Valleys co-vocalist Mikey Clement lost his life in a tragic car accident on Friday, Feb. 5, 2016, at just 23 years old. The news comes right before the release of Experiment One: Asylum, the debut album from the Raleigh, N.C. based modern progressive metal outfit.

After careful consideration, the band has decided to forge ahead with the originally planned stream of the new track “Choices,” heard below courtesy of Heavy Blog Is Heavy. The rest of Valleys insist their late bandmate would have wanted them to keep going as planned and that “Choices” was one of his favorite tracks off the forthcoming record. Clement can be heard providing the extreme guttural vocals in the band as he trades off with the clean-sung parts by Jayson Mitchell.

Devastated by the lose of Mikey Clement, Valleys released his death, which reads:

Many of you have heard and seen the news that we’ve lost Mikey Clement. Early in the morning of February 5th, Mikey was the victim of a horrific car crash, one that took his life. Today, we lost more than just a bandmate, we lost a brother, a son, a friend, an all-around tremendous human being. Everyone here in VALLEYS have been by each other’s side, and at the side of the Clement family.

We have seen the outpour of support and love from all of our friends and fans, and we thank you. All of your comments have been extremely touching and have helped us to stay strong in our time of need.

On February 12th, we will have our Experiment One: Asylum CD release party. This show will also be a big tribute show for Mikey. We need all of our fans and friends to come out and show love for not just VALLEYS but for Mikey. At this show, VALLEYS will be joined by many of our closest musical friends to part take in guest vocals on stage. We will continue to move forward, that’s what Mikey would want. We will see you on February 12th.

And to Mikey, in death, you will see the light. Keep that flame alive up there buddy. Until we meet again!

The first release from Valleys came from the Reborn EP, which came out in 2014. The upcoming album, Experiment One: Asylum, due Friday (Feb. 12), is a concept album centered around the character Asylum. The protagonist suffers from multiple-personality disorder after experiencing a difficult tragedy and each track is dedicated to a different personality in Asylum’s disorder. “Choices” is about being at different crossroads in life and examining the decisions Asylum made and how they have impacted his life.