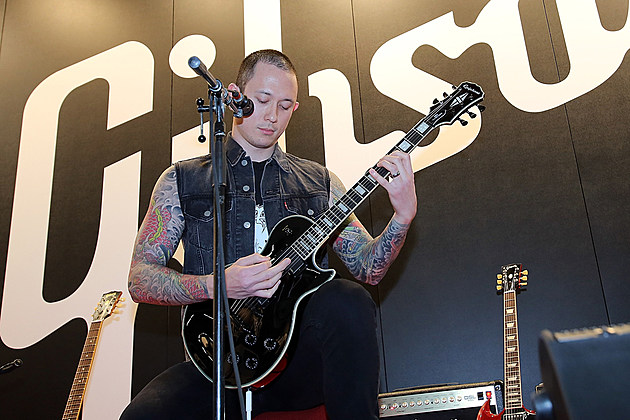 Trivium have parted ways with drummer Mat Madiro, who had been with the mercurial metal act since 2014. He had filled in on a last minute notice as Trivium were in the midst of a tour. Madiro played as a session musician in the studio on the band’s new album Silence in the Snow and has now been replaced by newcomer Paul Wandtke. The road to find Wandtke was a peculiar one involving a couple members of Dream Theater.

Taking to their Facebook page, Trivium posted a lengthy announcement thanking Madiro for his services and detailing how the band came to discover their new skinsman. Bassist Paulo Gregoletto suggested mainman Matt Heafy ask Dream Theater guitarist John Petrucci about potential candidates considering his connection to the Berklee music scene. Naturally, the prog master six-stringer turned to his drummer, former Berklee professor Mike Mangini, who, in turn, had just the right one in mind.

Heafy also revealed on his personal Facebook page that he will be undergoing surgery to repair a deviated septum. The frontman stated, “Alrighty friends. At 4:30 today I am finally getting my broken nose fixed (I broke it when I was a kid in karate – so fret not). It’s a septum deviation correction surgery with turbinate minimizing. At worst, my singing will be the same; at the best, my singing will be easier and better. I will be out of commission for a bit. Take care!”

Kicking off 2016, the metal veterans will be hitting the road early, beginning a two week jaunt that will see the band hit cities along the East Coast and extend to the Midwest. Trivium are also slated to play a number of European festivals this year, all of which can be found in our 2016 Guide to Rock + Metal Festivals.

See the Top 50 Hard Rock + Metal Drummers of All Time