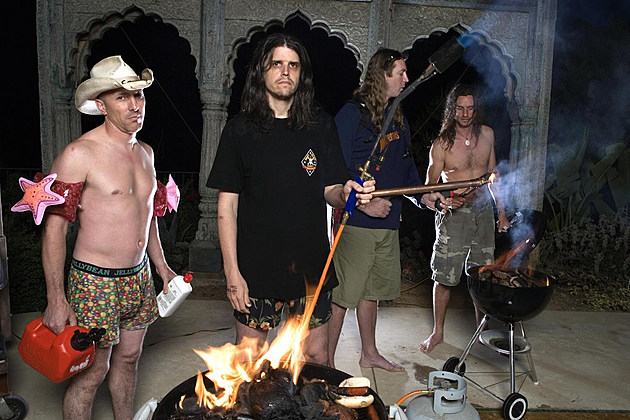 Tool are finally headed back out on the road! In a new Facebook post, the band revealed a handful of U.S. tour dates scheduled to take place in January 2016 with support from Primus and 3Teeth.

Only days after posting a cryptic message teasing new tour dates, Tool have made good on their vision. Tool haven’t performed more than 20 shows in a single year since 2007, so there may not be too much more from the band. However, according to 3Teeth, the announced dates are just half of what’s to come.

TOOL SHOWS!Those faint glimpses of TOOL SHOWS that I recently perceived in the scrying mirror can now be considered…

Those lucky cities will get their first taste of Tool in years, while the rest of the U.S. will surely keep their fingers crossed. Tickets for the announced shows will go on sale Nov. 20. Check out the announced dates below.

Revisit the Story Behind Tool’s ‘Ænima’