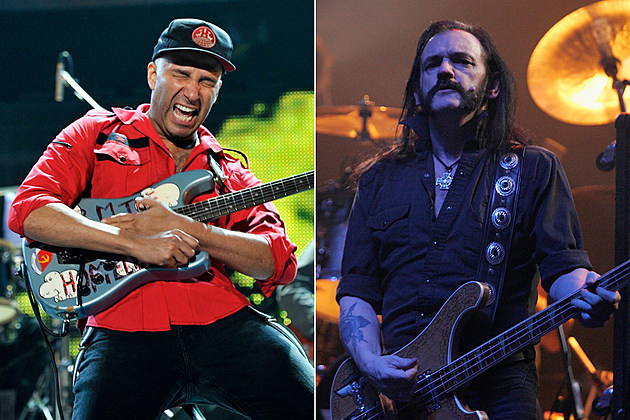 The rightful outpouring still rages on as the rock world mourns the death of Motorhead leader Lemmy Kilmister. The loss is so significant because of all he represented as, what many are calling, the last real rock star. Uncompromising, he lived his life on his own terms, but gave back to his fans and friends in a very personal way, leave a large spiritual void that may never be filled in rock ‘n’ roll. Rage Against the Machine guitarist Tom Morello is the latest to pen a lengthy tribute to the fallen hero as we celebrate his life and work.

“He was so Lemmy all the time,” Morello begins in a reflection exclusively through Rolling Stone. “You can’t overstate the degree to which Lemmy was the real deal. He was authentic,” he continued, adding, “There are a lot of guys in bands who drape on the accoutrements of skull and crossbones, but it felt like Lemmy probably was a brigadier general in some sort of heavy metal Harley-Davidson skeleton army.”

Recalling his introduction to the thundering, pummeling fury of Motorhead, the Rage six-stringer remembered, “I first became aware of Motörhead from the MTV video ‘Killed by Death,’ which was at the height of hair-metal buffoonery. It wasn’t like they were trying to be punk rock, but it felt so much better and rawer than all those clowny bands. It was also unapologetically metal, too.” The video (seen below) shows two parents sitting on a couch in the classic setting of telling their scantily dressed daughter she will not be going out looking like that and the father turns as the sound a motorcycle intensifies. Lemmy crashes through the wall on his bike, swoops up their daughter who plants herself behind the Motorhead frontman and the two take off, crashing through the wall opposite the one he entered.

Morello goes on to talk about Lem’s bass sound, his “unfathomably cool” stage presence and closes out his tribute stating, “We should all hope to be remembered with one hundredth of the love and admiration that is bearing forth for Lemmy. There will be an empty stool at the Rainbow Bar and Grill that is very, very hard to fill. The tremors are felt around the globe.” Summing up his thoughts, the axeman concluded, “You can use a lot of words to describe Lemmy Kilmister, but the first one I would use is ‘irreplaceable.’ They absolutely broke the mould when they made that metal-punk hero for the ages — part man, part wolf, part Maker’s Mark. There’s nobody like that guy. It’s a very, very sad day.” Read Morello’s full commentary posted at Rolling Stone.

Lemmy passed away on Dec. 28 after a remarkably brief battle with terminal brain and neck cancer, shutting his eyes for the last time just two days after learning of the diagnosis. Rockers have reacted to his death and Ozzy Osbourne said “he was my hero,” while former Guns N’ Roses skinsman Matt Sorum called him “the greatest badass in the history of rock ‘n’ roll.”