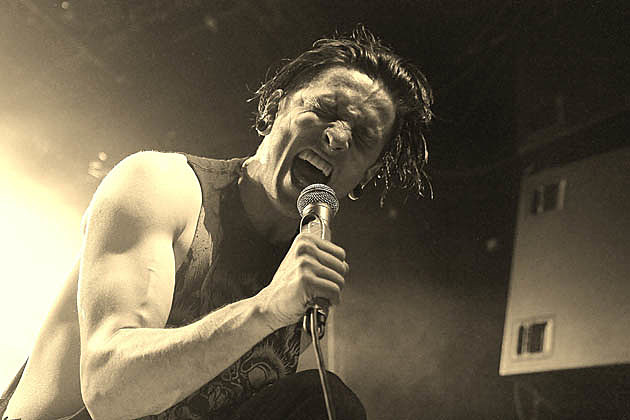 For those who’ve seen the Word Alive in concert, you know that frontman Telle Smith likes to get up close with the audience, occasionally taking a dive into the crowd. However, as he reports via Twitter, he “went a little too big” during a recent show in Pomona, Calif. and is now recovering from a broken back and rib.

Even though he’s obviously going to be in some pain, the rocker has vowed to continue touring, but he might be a little less active than usual. The Word Alive are currently on tour with Motionless in White, The Devil Wears Prada, Upon a Burning Body and the Color Morale.

Smith’s tweets revealing his condition can be read below, along with an update from the band on their touring:

Fan-shot footage of Smith back-flipping and stage diving at the Pomona show can be seen below, though it’s not been verified that this was the point where the rocker was injured.

The good news for Smith is that if he can make it through next week, he’ll have some time to rest and recuperate. The band’s current schedule wraps on Nov. 23 at the Outland Ballroom in Springfield, Mo. See their remaining dates here.