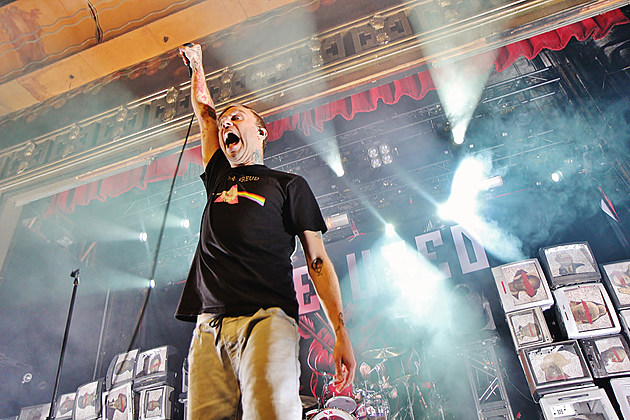 2016 is going to be a big year for The Used. The band is planning to celebrate their 15th anniversary on tour and also have a new live album and DVD en route.

Live & Acoustic at the Palace was recorded at the historic Palace Theatre in Downtown Los Angeles and finds the band performing 12 of their most popular tracks re-imagined as acoustic songs. The CD and DVD editions will be released on April 1 and pre-orders in a variety of bundle options are currently underway at this location.

The set includes such favorites as “The Taste of Ink,” “The Bird and the Worm” and “Blue and Yellow” among others. Check out the full track listing below.

Fans can also look for The Used hitting the road playing primarily two-night stands in both Europe and the U.S. During the run, the group will perform their self-titled album in its entirety on the opening night, while they’ll take on the In Love and Death album during night two. The shows are in honor of the band’s 15th anniversary. See the currently scheduled dates below and keep an eye out for more touring coming in 2016.

The Used, Live & Acoustic At the Palace Track Listing