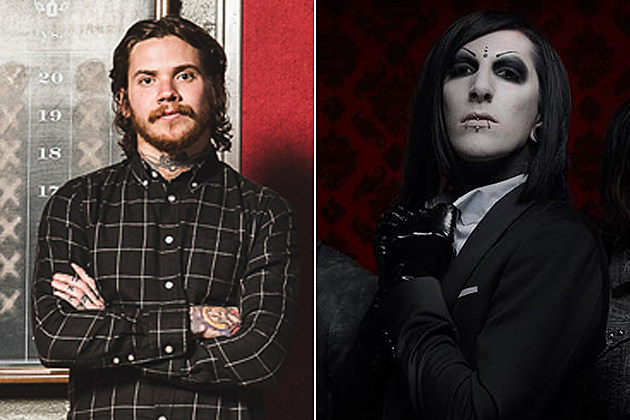 The Devil Wears Prada will share space (and promotion of their Space EP) with Motionless in White this fall as the two bands will team up for a fall 2015 North American tour.

The two acts will start the run Oct. 17 in Long Island, N.Y., with dates booked into mid-November. The five-week trek will conclude Nov. 20 in Minneapolis, Minn. Tickets for the run go on sale this Friday (Sept. 11) at 10AM ET. Fans can log onto The Devil Wears Prada’s website for additional ticketing details.

The Devil Wears Prada are promoting their Space EP, which has already yielded the songs “Supernova” and “Alien” from the space-themed collection. The band spent the summer on the Rockstar Energy Drink Mayhem Festival and will keep the momentum going for their recently released disc.

Motionless in White, meanwhile, are touring in support of their Reincarnate disc. The album, which was released in September 2014, generated such standouts as the title track, “Puppets 3 (The Grand Finale),” “Dead as F—” and “Break the Cycle.” The group spent the summer with Slipknot, Lamb of God and Bullet for My Valentine on the Summer’s Last Stand tour.