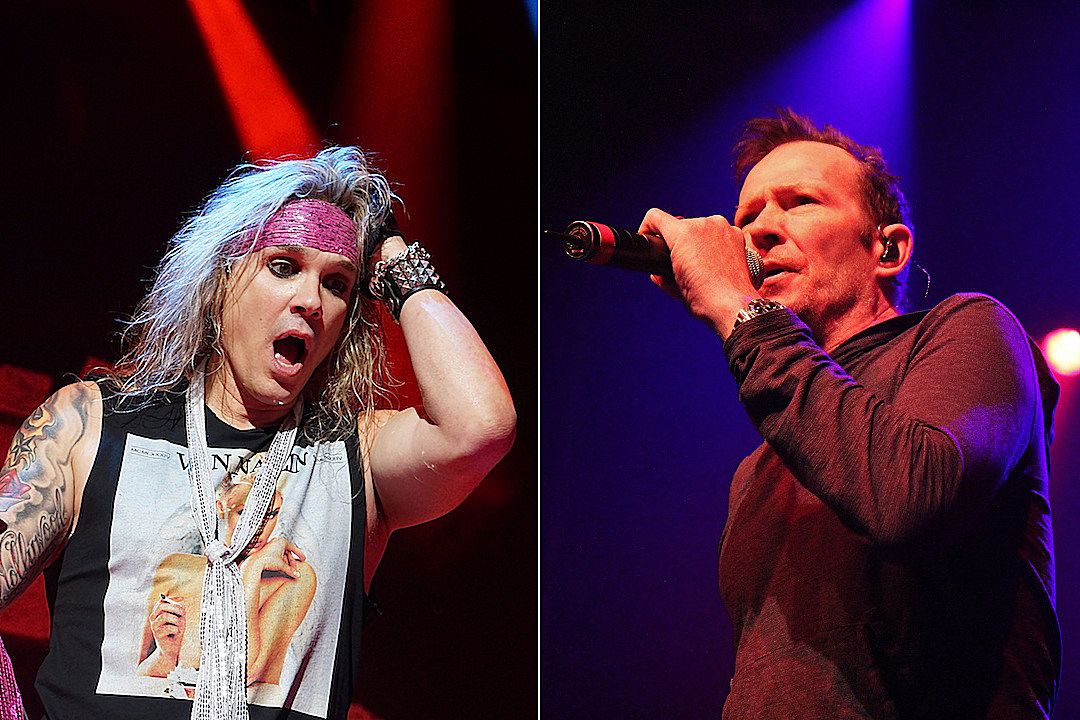 Steel Panther have ditched the full time cover band aspect of their career after enjoying lengthy residencies in Hollywood and Las Vegas. Before their career truly took off with their unabashedly crude and playful original material, the band had a history of performing rock and metal classics with a heavy focus on the glam era. Never shying from the opportunity to bring celebrity musicians who were in attendance on stage, Steel Panther got to share the spotlight with some of the best, including Scott Weiland.

In an interview with Detroit, Michigan’s WRIF, singer Michael Starr was asked if he ever had the opportunity to bring the now late Weiland on stage. Recalling the lone moment, the frontman stated, “When we had a residency in Hollywood on the Sunset Strip, we were just playing our normal show. And you never know who’s gonna pop up, right? So I get a message that Scott Weiland’s there. And, of course, it’s Scott Weiland… Anybody who’s there that’s famous, we’re gonna bring him on stage.”

Detailing the event, he continued, “So we pull him on stage and we start playing [the Stone Temple Pilots song] “Plush.” Everything’s going good. He forgets the words, which is, I think, normal for him, right? But then he stops the song and he goes, ‘You guys are playing the song wrong, man.’ I go, ‘No, we’re not, dude. You fucked up.’ Yeah, he was pretty hammered, dude. He forgot all the words. But you know what? At least I can say I got to jam with him.”

Stating this was the only time he had ever had a chance to interact with the legendary singer, Starr pointed to Weiland’s drug history, “Yeah, you know, when you’re a heroin addict, you really don’t socialize that much.”

In an exclusive interview with Loudwire earlier this year, Weiland claimed to have been off drugs for 13 years.

The former Stone Temple Pilots and Velvet Revolver singer was found dead on his tour bus on Dec. 3, which was incidentally the same tour bus which Motley Crue‘s Nikki Sixx had been using. Weiland was even occupying the same bedroom the Crue bassist had previously called his own. A mix of drugs were found on the bus and in the singer’s bedroom after police obtained a search warrant to further investigate the death, which was called in as a “possible overdose.” Cocaine, synthetic opiates, Viagra, prescription pills used to treat his bipolar and schizophrenic diseases and more all turned up in the search. A toxicology report is expected to surface in the coming weeks.