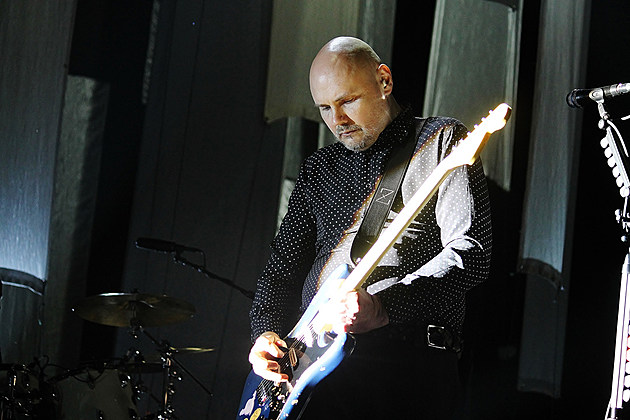 After enjoying a brief run in the Spring of 2015, Smashing Pumpkins will return with the second edition of their acoustic-electro tour, dubbed ‘In Plainsong.’ Joining frontman Billy Corgan in the lineup will be original drummer Jimmy Chamberlin, who re-entered the fold last year, along with guitarist Jeff Schroeder. Singer-songwriter Liz Phair has been tapped to open each night, marking her first time touring the U.S. in six years.

The tour promises to be a blend of acoustic music complete with electronic soundscapes as the trio perform Pumpkins classics in a new, reinterpreted way. The first installment of the tour saw Corgan perform Smashing Pumpkins hits alongside cuts from his solo career and songs he wrote for Zwan.

Peter Katsis, the band’s manager, commented on the tour, stating, “What started as an interest in playing a truly different kind of show and looking for a different way to explore their storied musical past morphed into something new and exciting for the fans in every city.” Noting the variation from a usual show, he added, “This touches the opposing side to the Pumpkins usual roar!”

‘In Plainsong’ will kick off in Portland, Ore., on March 22, hitting 20 stops in just under a month, closing out in Houstin, Texas on April 20. Tickets will be on sale starting Friday, Feb. 5 at 9AM ET and will be available here. Pre-sale tickets will be made available for Citi Bank cardmembers between Tuesday, Feb. 2 9AM ET through Thursday, Feb. 4th through Citi’s Private Pass Program.

Upon completion of the tour, the Smashing Pumpkins will head back to the studio to record the follow-up to 2014’s Monuments to an Elegy. The writing process will align itself with the tour and taking key influence from the acoustic-electro leanings.

Corgan’s latest new music came by way of a song he contributed to TNA wrestling, where he holds a Senior producer title. The song, “Roustabout,” was originally written for the Smashing Pumpkins, but he contributed it as a theme song for TNA instead.