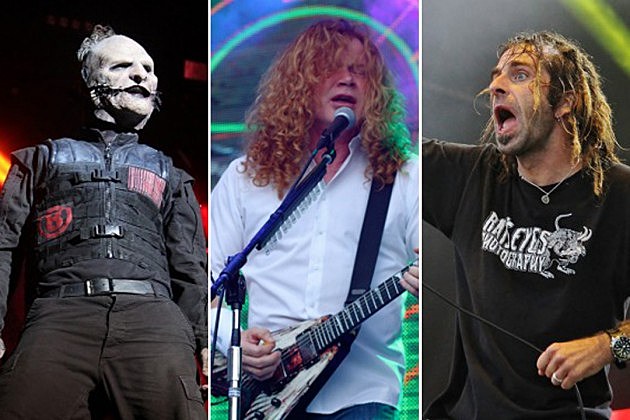 Corey Taylor recently teased the idea of expanding the scope of Slipknot‘s Knotfest music event and now the band has made good on the idea. The inaugural installment of Knotfest Mexico will take place at the Foro Pegaso in Toluca, Mexico on Dec. 5.

The initial list of performers on the Knotfest Mexico website includes Slipknot, with Megadeth, Lamb of God, HIM, A Day to Remember, Trivium, Atreyu, Asking Alexandria, The Dillinger Escape Plan, Here Comes the Kraken and Tanus.

In a recent interview, Taylor was asked if the band had considered turning Knotfest into a touring festival. The singer responded, “There’s been talk about it. My problem is that it’s a little more than I wanna grow Knotfest right now. I wanted it to kind of grow in increments and slowly expand. I think if we turned Knotfest into a big tour, then we would lose a lot of the elements that make it so cool. It wouldn’t be two-to-three days anymore, it would be a one-day thing, and we wouldn’t be able to bring out a lot of the elements that we like, like the carnivals and the museum and stuff. So it’s definitely a conversation that’s going on right now, that we’re trying to figure out. But, you know, I mean, never say never. Let’s see what happens.”

The vocalist went on to add, “We’re gonna continue to do the Knotfest shows. Right now we’re trying to figure out how big to make them and how to expand it. My idea was to do maybe ten weekends in different places — maybe five in the U.S., a couple up in Canada, and maybe one down in Mexico City. Just try to expand it like that, so people get the actual experience of it, and you’re not running yourself into the ground trying to chase something that it isn’t. So that’s what we’re looking at right now.”

Stay tuned to see if more bands are added to the inaugural Knotfest Mexico.