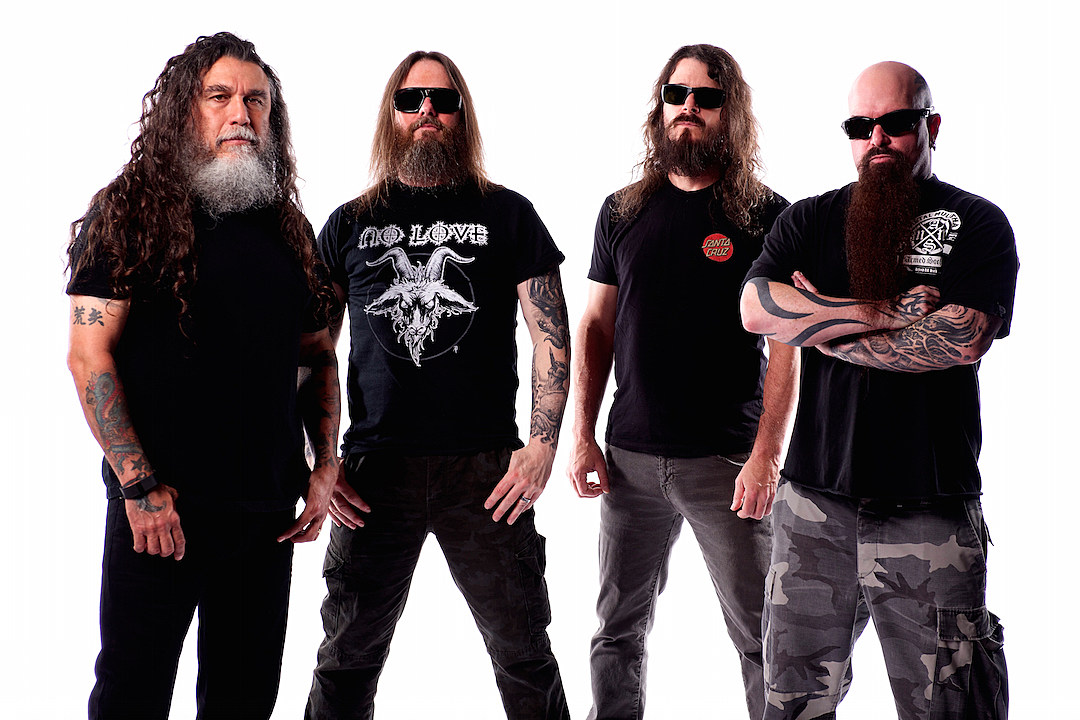 With the Sept. 11 release date of Slayer‘s latest opus Repentless quickly approaching, the band has unveiled another track from the album. Listen to the ominous mid-tempo song “Cast the First Stone” in the player below.

Adult Swim has been releasing a series of singles from artists in various genres, and this is number 13 in the series. You can download it for free via their site.

In an interview with OC Weekly, guitarist Kerry King talked about the story behind “Cast the First Stone,” saying, “I was in Athens, Greece. We were on tour either last year or the year prior and we had three days off during a Turkish raid and we couldn’t go home when that was going on. I was just walking around the streets of Athens thinking about all the strife and war that went on historically in Greece and all through Europe at that time. I went back to my room during those three days and finished it.”

Slayer’s next live gig is on the high seas. They’ll embark on Motorhead’s Motorboat cruise Sept. 28. In October, they have shows planned for Japan and Hawaii before kicking off a European tour. For all their dates, go here.