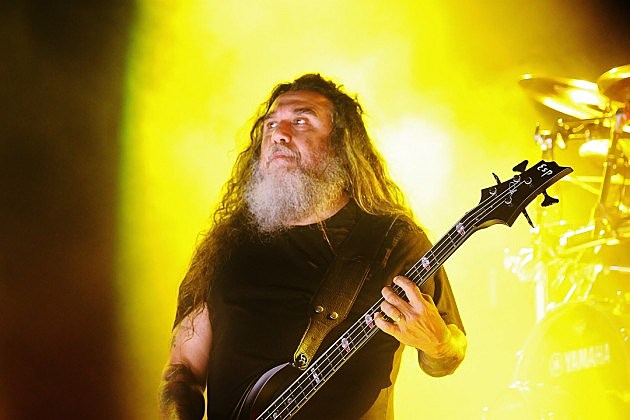 Slayer‘s 11th studio album, Repentless, is due out Sept. 11 via Nuclear Blast, but thanks to Scion AV, you can download one of the band’s new tracks for free right now!

Slayer have already introduced fans to a bunch of new tracks from Repentless, and “You Against You” is the latest to smash eardrums. In fact, a total of 15,000 free downloads of the song are being offered by Slayer and Scion, which as of this posting, are still available.

Even if you end up missing out on the free download, you can still stream “You Against You” in the player below. A limited number of 7-inch records for “You Against You” are also planned for release in January.

Repentless will be Slayer’s first studio album with Gary Holt on guitar and the first with drummer Paul Bostaph since God Hates Us All hit shelves in 2001. “People are going to be stoked when they hear what he [Bostaph] did on this record,” guitarist Kerry King recently told us. “I used to say God Hates was his Reign in Blood. The new one is his Reign in Blood.”

Check out Slayer’s “You Against You” in the player below! To pre-order Repentless, click here.

Slayer, “You Against You”

Slayer Go Behind the Scenes on Prison Set of ‘Repentless’ Video