Why do you love music? Odds are pretty good that for a majority of music fans out there, the sound of the guitar would factor somewhere in your answer. And it’s the electric guitar that serves as the muse for a new documentary film called Turn It Up.

In the trailer for the film (seen above), John 5 humorously reveals, “When I went on my honeymoon, not only did I take my guitar, but I took my guitar tech too.” You’ll also catch glimpses of some of the aforementioned musicians and the teaser sadly ends with late blues great B.B. King proclaiming, “I’m gonna do this until I die, folks.”

The Turn It Up DVD and Blu-ray will not only include the full Robert Radler-directed feature-length film, but also a bonus disc featuring extended interviews, mini-documentaries on RKS Guitars and Seymour Duncan, Robby Krieger noodling on his guitar and a performance by Jeff “Skunk” Baxter from the film S.S. United States: Lady in Waiting.

Look for Turn It Up arriving on Jan. 22 via 71st Street Entertainment. You can currently pre-order the film via Amazon. 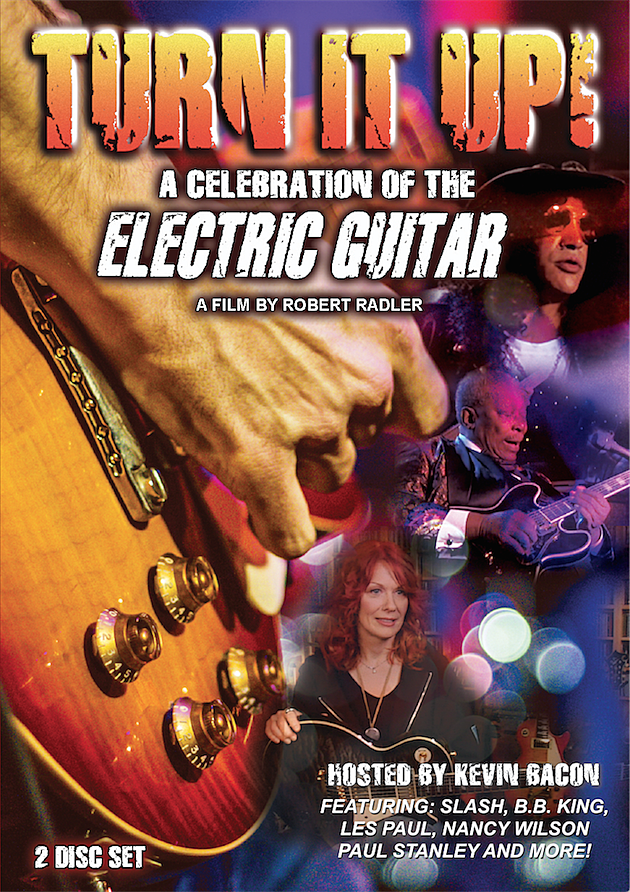