Get ready for Silver Snakes. The band is getting a jump on 2016 by releasing a new video for their single “Red Wolf” exclusively here at Loudwire.

As can be heard, the song is a propulsive rocker filled with aggression and emotion. As for the corresponding video, director Julio Torres provides some interesting visuals, a mix of beauty and danger and we watch wooded treetops, a car speeding along a highway at night, the lighting of a flame, the full moon and close-ups of real wolves and their piercing eyes all transitioning and overlapping each other.

Singer-guitarist Alex Estrada says, “‘Red Wolf’ was one of the last songs written for the album. We had this eight-minute long sludge track that I was having trouble with lyrically so I decided to rework all of the music while keeping the focus on the unconventional tuning. Lyrically it was inspired by the mysticism of protection spells, one in particular called the ‘seven knots untying’ and how that would apply to political and environmental activists seeking to sabotage their enemies.”

“Red Wolf” is featured on Silver Snakes’ upcoming disc, Saboteur, which will be released Feb. 5 via Evil Ink Records. There are pre-order bundles available at this location or for European fans here. You can also pre-order the album via Amazon.

Silver Snakes will be playing a January residency at Los Angeles’ Silverlake Lounge before hitting the road in February in support of their new disc. The band will be supporting Coheed and Cambria along with Glassjaw. Dates can be found below. 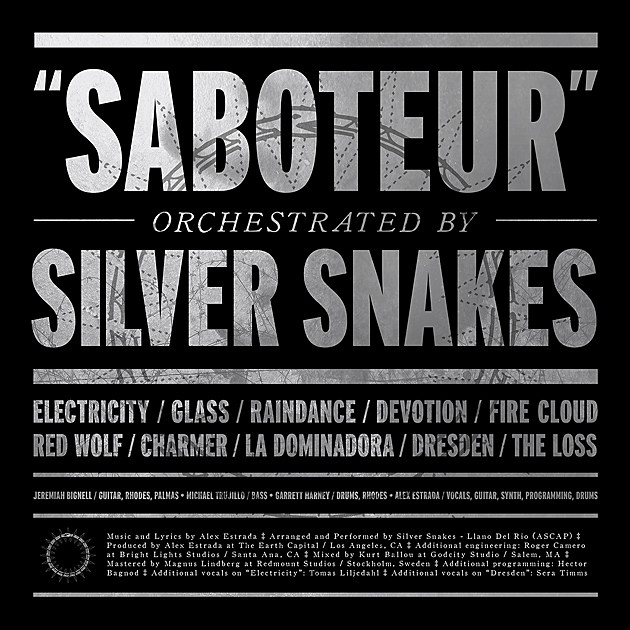