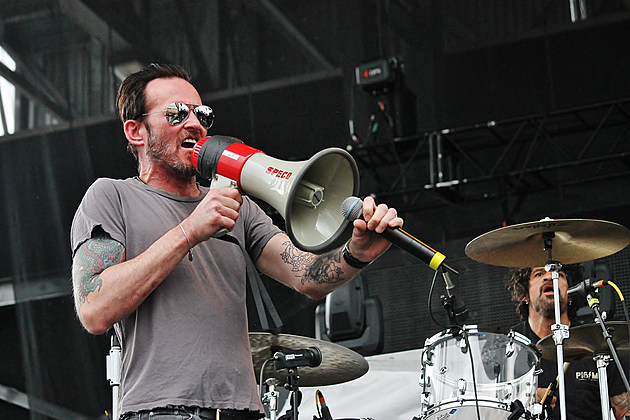 It was recently revealed by Scott Weiland himself in an interview with Alternative Nation that Stone Temple Pilots and Chester Bennington had decided to go their separate ways after recording an EP and touring together over the last few years. While Stone Temple Pilots revealed later in their official statement that they had worked with several vocalists in the time since making the decision to split with Bennington, they did state that they would wait until the right vocalist came along before naming a replacement.

Could that vocalist be their on-again, off-again frontman Scott Weiland? Weiland addressed that idea with 93.1 The Fox Rocks host Shannon the Dude ahead of his Louisville concert. Fans will likely remember the last time that Weiland was a member of Stone Temple Pilots in 2013 it ended with the band deciding to boot him from the lineup, replace him with Bennington and some lawsuits over the rights to perform the music that followed. Eventually the two sides settled their differences.

When asked about the idea of returning to Stone Temple Pilots, Weiland left the door wide open, but says it may be a while before he would be back. “I think it would be beneficial to wait a little while, give it a little bit of time to let some air kind of breathe between all of us before that happens. A year, something like that,” said Weiland.

He went on to add, “We just kind of had a different sort of vision, but I think it could be cool in the future.” Check out Weiland’s comments in the player provided below.

In the time since the tumultuous split with Stone Temple Pilots, Weiland has grown his other band Scott Weiland and the Wildabouts, most recently releasing the Blaster album earlier this year. He also lent vocals to an album for the band Art of Anarchy, though he has repeatedly stated that he is not a member of that group. Weiland is in the midst of a tour with The Wildabouts that will take him right up to Christmas. Dates can be found here.