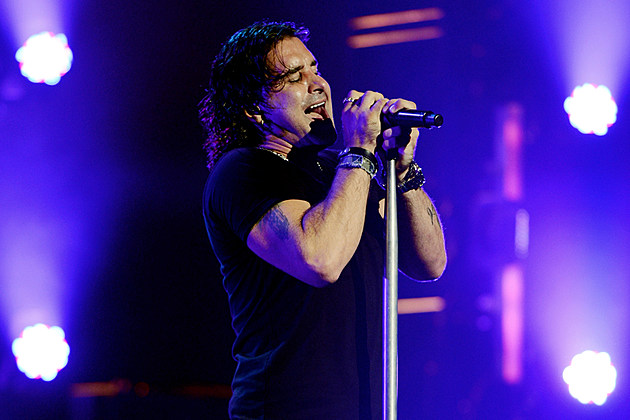 The Carolina Panthers sure do have a lot of fun! The NFC representative in the Super Bowl have “dabbed” their way through touchdown celebrations all year and recently revealed another favorite pastime — Creedbombing.

For the uninitiated, Creedbombing is similar to photobombing, except you take your prey by surprise, look them deeply in the eyes and belt out a Creed lyric at an unsuspecting moment. The story of the Panthers’ Creedbombing made the rounds recently during the playoff run, and now the band has the approval of Creed frontman Scott Stapp, who says he’s a fan of the funloving Panthers.

Speaking with the Charlotte Observer, Stapp stated, “This is so cool. And I just felt like, ‘Hey man, there are Creed fans on the Panthers.” Stapp says he appreciates the humor involved in the activity, especially after his solo touring band started Creedbombing him. “I just started dying laughing,” says the rocker. “And then the next thing you know, my band is doing it to me out on tour. And I saw the humor in it and saw how funny it was. I think it’s awesome.”

Despite the fact that part of Creedbombing is taking a bit of a shot at his stage moves and music, Stapp takes it all in stride. He explains, “The fact that Creed is still in the conversation 20 years later I think speaks for volumes for how the music has impacted people. I think some of my personal struggles contributed to some of the criticism, and rightfully so. But I think the music on its own has, so far, stood the test of time. It’s still showing its impact on pop culture 20 years later.”

Stapp says he’s been cheering on the Panthers, making sure to catch their games while touring. “I’m so fired up and pumped up for these guys. They are my team right now.” He added that he would also love to meet the team and would shoot a video with them that involves Creedbombing.

“I would take it from the song ‘What If,’” says Stapp. “I would say, ‘The more you hold us down, the more we press on.’ This is how I used to do every show early in my career. It’s stuck with me. I’d play every show like it was the last time I would ever be doing a show. And that energy and that passion came through and connected with the fans. I would tell these guys, and I know it’s the Super Bowl, so they’re amped up, but take it to the next level. Play it like it’s the last time you’re ever going to play football again in your life. What do you want your legacy to be? I would tell them to just kill it.”

Watch a little Creedbombing taking place recently on the practice field in the tweet below: