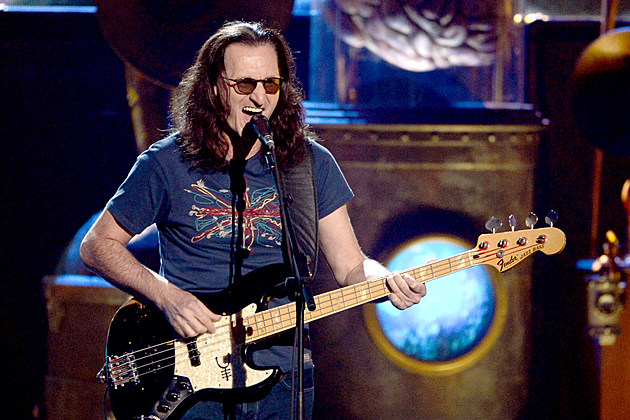 Yesterday (Dec. 7) the rock world received devastating news when legendary Rush drummer Neil Peart spoke of the idea of himself as a “retired drummer,” seemingly ending the speculation about the Canadian progressive luminaries’ touring future. Now, frontman Geddy Lee has spoken about his bandmate’s words and feels that they were taken out of context.

Lee believes Peart‘s retirement talk was merely commenting on his current state in regards to extensive touring. The bassist’s words were slightly ambiguous concerning the future of Rush as he spoke to Prog magazine (via Classic Rock). Lee stated, “There’s really nothing to say. I think Neil is just explaining his reasons for not wanting to tour, with the toll that it’s taking on his body. That’s all I would care to comment on it.”

Moving on to the group mentality rather than speaking more for Peart, he continued, “We’ll get together eventually and chat about things. But in my view, there is certainly nothing surprising in what he said. Neil just feels that he has to explain with all the thousands of people asking, ‘Why no more tours?’ He needs to explain his side of it.”

Lee responded to a question asking if he believes Peart’s comments were taken out of context by the media saying, “I think that’s absolutely right. That’s their job. Talking about something when there’s nothing to talk about.”

Rush’s touring future was largely up in the air before this back and forth. When the band announced their R40 tour to celebrate Peart’s 40th year in the band, they also announced the trek “will most likely be their last major tour of this magnitude.” Peart suffers from chronic tendonitis in his arms and performing three hour sets certainly does not do the iconic stickman any favors.