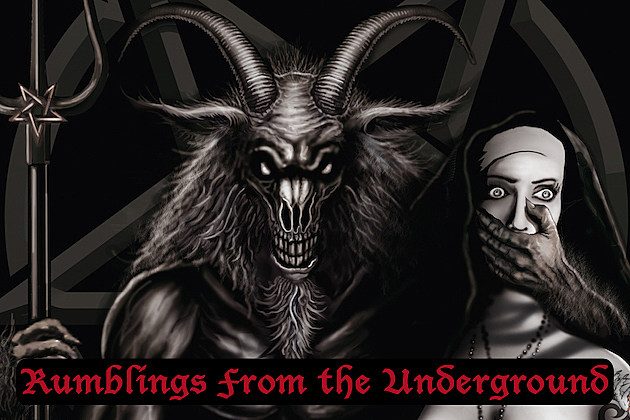 Welcome back to those who read last week’s first-ever ‘Rumblings From the Underground’ and welcome newcomers! This week is a little light as far as new releases go, so we’re going to backtrack a couple weeks and catch up on some underground albums that already came out in 2016. Below, you’ll find short reviews for eerie death doom merchants Asphodelus, Chthe’ilist and their brand of complex and catchy death metal that should find tentacles growing over H.P. Lovecraft’s grave, the Hellhounds in Brazil’s Power From Hell, the appropriately titled Spinebreaker and whatever the Hell Villainy’s blend of crust, doom and black metal can be categorized as.

As always, let’s recap what’s been going on in the underground scene first before taking a look at the aforementioned albums.

Entombed A.D., featuring L-G Petrov and the remainder of the last Entombed lineup save for Alex Hellid, released a music video for the new song “The Winner Has Lost.” The cut comes off their upcoming record, Dead Dawn, out next week on Feb. 26. Boasting more melody than was present in the previous incarnation of the group, the new track is pure headbanging fun, toeing the line of death metal and death ‘n’ roll L-G and his crew have been walking for years.

Italian gothic death doom outfit Novembre have ended the nine year drought between records with the announcement of URSA. The record will be out April 1 on Peaceville and a new song, “Umana” can be heard here. It’s a brilliantly crafted piece, cramming a range of soundscapes into just six minutes. The wait may have been long, but it’s already feeling worth it.

Inverloch debuted a second song off the upcoming Distance | Collapsed. “From the Eventide Pool” picks up where dISEMBOWELMENT’s Transcendence Into the Peripheral left off over 20 years ago. Formed by two members of the defunct Australian group, Inverloch have managed to capture the sound of the legendary outfit Matthew Skarajew and and Paul Mazziotta once called their own. The group has also been confirmed for the 2016 edition of the Roadburn festival in the Netherlands.

German sludge duo Mantar are inching closer to the release of their sophomore effort, Ode to the Black Flame. At the tail of last week, they unleashed “Era Borealis,” a groove-riding track boasting an anthemic chorus, but the catchiness comes at the cost of Hanno’s feral vocal barks. 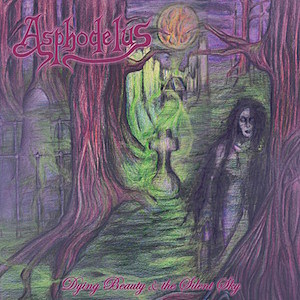 Finland’s Asphodelus (previously known as Cemetery Fog) are continuing the buzz circling around their unique blend of melodic death doom. They take an Autopsy style approach to their writing, separating the elements to give a push and pull to the two feature songs, “Illusion of Life” and “Nemo Ante Mortem Beatus.”

The sound here can be compared to Sempiternal Deathreign and home country contemporaries Unholy. The introduction track and title track are both instrumentals, giving off the cinematic feeling mastered by doom weirdos Pan.Thy.Monium though without all the quirks. 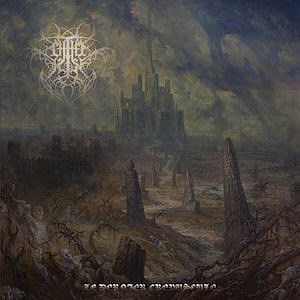 Canada’s Chthe’ilist have an obsession with Finnish death metal. The biggest comparison that their debut, Le dernier crépuscule, draws is to the serpentine, spiderweb lead playing of Demilich, but they do more than enough to dodge being just another clone.

The band insists no pitch shifters were applied to the vocals here, which is remarkable considering the Predator-like noises that introduce themselves on “Into the Vaults of Ingurgitating Obscurity.” The flair in the guitar playing comes from the aforementioned lead work, but the picking hand keeps the rhythms sliding around, traversing groove after groove on one of the most complete and impressive death metal albums of the decade so far. 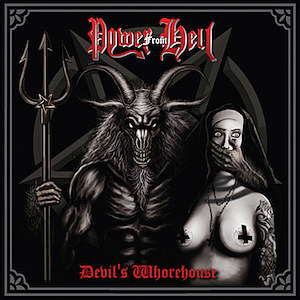 The opening track on Devil’s Whorehouse is a clear description of what Brazil’s Power From Hell are all about. They play “Old Metal.” Motorhead and Venom serve as the old standbys here as the power trio — spearheaded by mainman Sodomic — lays down their rust-encrusted heavy metal with raspy barked vocals conveying their more blackened approach.

One look at song titles like “666 Ways to Blasphemy,” “Howling at the Blood Moon” and “The Evil and the Lust Never Sleep” and you’re instantly sent into nostalgic heavy metal glory. Grab some beers and don’t stop drinking them until you’re as delightfully sloppy as Devil’s Whorehouse and then maybe crack one last cold one for good measure.

Listen to Power From Hell 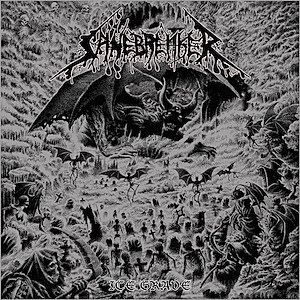 Whatever is in the water in California needs to be bottled and distributed worldwide. Much like Xibalba, Spinebreaker play a blend of Swedish death metal by way of hardcore. Entombed dabbled with the mix on Wolverine Blues, but with a decidedly less hardcore edge than what we have on Ice Grave.

Staying true to their band name, songs like “Fractured Existence” and “Slithering Tyrant” represent the best of both worlds with devastating impact. The former is one of the more uptempo tracks representing the Swedeath affair while the latter is a pure beatdown that leaves your spine, well… BROKEN! Ice Grave is the debut album from this quartet, showing all the signs of a band that is only on the upswing. 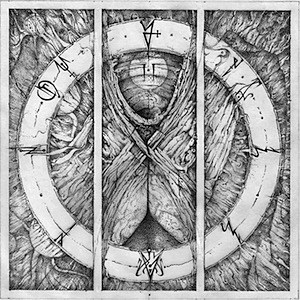 Villainy are one of the more interesting bands to get lumped into the ever-widening black metal heap. Sure, black metal is at the foundation, but the basement and garage are hardly ever the highlight — what rests on top of the foundation is the point of discussion.

Villainy II: Dim sees the group experiment with a wealth of different sounds, stacking punk, goth rock and doom on top of the blackened overtones. Sure, “Nebulous Chasm” is unadulterated 100 percent black metal, but songs like “Jewel” call Swallowed and Skitliv to mind more than the expected Deathspell Omega and Watain.