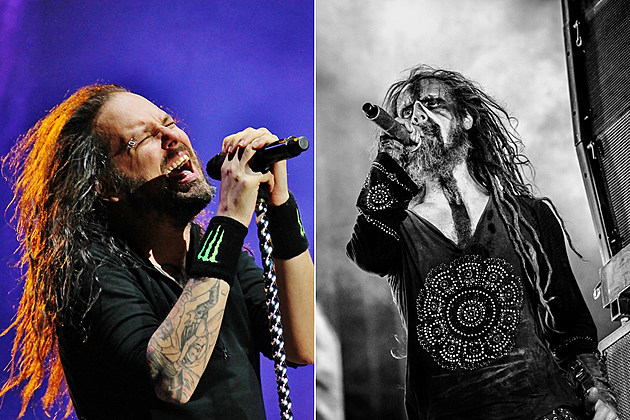 It might still be winter, but things are already beginning to heat up as metal and rock’s biggest acts are preparing for some of the most exciting tours this summer. Shapeshifters and genre-benders Korn will be teaming up with master of horror Rob Zombie for a run across North America, stopping at 25 cities in total beginning in July. The theatrical In This Moment will serve as the opening act on the trek.

Korn are hard at work on a new album due out later this year out this year. Guitarist Brian ‘Head’ Welch commented in September on what they had written so far, stating, “I’m a metalhead so I keep saying I think this album is going to be heavier. I just want heavier all the time. That’s what I’m leaning towards, that’s what I’m writing and we’re poking away.”

In This Moment are likely to return to the studio late this year, but are pumped for the tour regardless of whether they have a new record to support. The band exclaimed, “In This Moment is thrilled to be a part of the BIGGEST tour of the summer! We are long time fans who are continuously inspired by both Rob Zombie and Korn, so to be a part of this tour is a dream come true for us! North America, prepare to have your faces melted and your minds blown! This show is going to be pure insanity. Don’t miss out!” Their last album, Black Widow, was released in 2014 and reached No. 8 on the Billbaord 200 charts.

Tickets will be on sale Friday, March 11 through LiveNation.