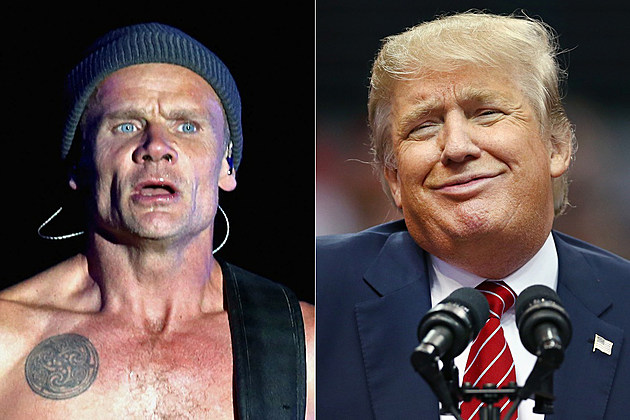 Red Hot Chili Peppers bassist Flea has weighed in on the 2016 presidential election along with Donald Trump’s inclusion. Flea even went as far to say, “He’s just some egotistical, silly person whose main concern in life is getting a bl-wjob.”

The members of Red Hot Chili Peppers have been outspoken advocates for Democratic nominee Bernie Sanders, even volunteering to perform at a fundraiser for Bernie in Los Angeles. Like many of Sanders’ supporters, Flea isn’t a fan of Donald Trump, as evidenced in a new interview with Rolling Stone.

“I can’t take Donald Trump or anything he says seriously,” he says. “I just think that he’s a silly reality-show bozo and blustering guy who likes getting attention. I don’t think he wants to be president, and I don’t think he has a chance to be the president. He’s just some egotistical, silly person whose main concern in life is getting a bl-wjob. He wants to be on TV and he wants everyone to thinks he’s important.”

The Chili Peppers are still hard at work in the studio creating the band’s 11th studio album. RHCP even shared a photo on Instagram claiming to have finished recording a single song top-to-bottom in just four hours.