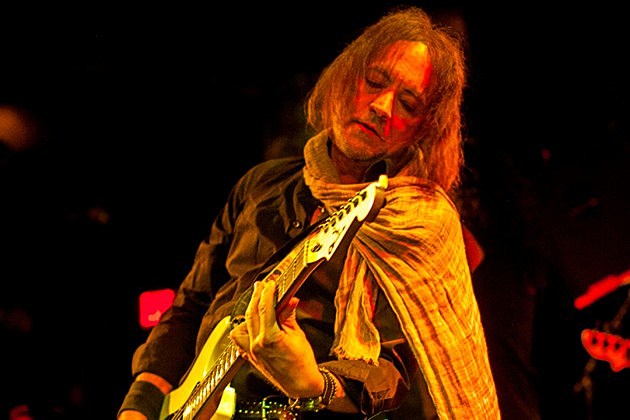 Red Dragon Cartel guitar great Jake E. Lee is considering himself lucky today after a limo he was in caught fire and ignited into quite a blaze on the I-280 freeway near San Jose, Calif. Wednesday (Sept. 9) night.

According to KTVU, the fire occurred shortly after 6PM. CHP officers state that band members and the driver noticed an electrical short while they were driving. Once they saw smoke, they pulled off to the side of the road and the vehicle was quickly evacuated.

Even though they made it to the side of the road, the fire temporarily caused the shut down of two lanes on the busy I-280 and a traffic delay followed. There were no reports of injuries in the matter and the band was expected to make their performance at the Rockbar Theater club on Thursday (Sept. 10). Photos by witness Aldin Wong can be seen as part of KTVU’s news report.

Red Dragon Cartel have been touring in support of their self-titled debut disc. After multiple lineup changes, the group recently reunited with original singer Darren James Smith. Keep an eye out for the band at these locations.