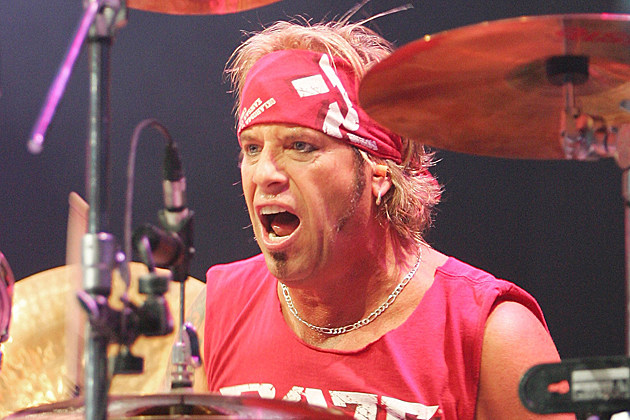 Longtime Ratt cohorts Bobby Blotzer and Warren DeMartini have been at war of late over the usage of the band’s name. Blotzer revealed earlier this year that he intended to repackage his Bobby Blotzer’s Ratt Experience, using just the band’s name Ratt as he was the one lone member interested in touring under the moniker. DeMartini, who had been a partner in WBS, Inc., the company who oversees Ratt’s operations, claimed that Blotzer didn’t have the right and took the case to court in order to stop Blotzer from touring under the Ratt name.

In a new press release, it’s revealed that Blotzer has emerged victorious in court for the second time, as a Los Angeles federal court overturned DeMartini’s attempt at gaining an injunction. Earlier this fall, the guitarist was unsuccessful in attempting to get a court to issue a temporary restraining order. As such, the group is planning on returning to the road.

The statement on the legal matters can be read as follows:

Today, November 5th 2015 in federal court in downtown Los Angeles, Ca: A ruling was made overturning Warren Demartini and his attempt to procure an injuction to prevent Ratt Owner and Ceo Bobby Blotzer from using and touring under the Ratt trademark. This marks Demartini’s second try and denial on all compaints. Four weeks ago Demartini was unsuccessful with an appearance in Los Angeles State court to get a temporary restraining order. This latest ruling will allow Blotzer along with the current Ratt to continue on tour with no further hinderence from Demartini.
RATT is set to perform their first show in Tampa Florida tomorrow, Friday November 6th. This show has a huge pre-sale, so far pushing 3,000 tickets. RATT’s booking agency, A.R.M ENTERTAINMENT, have already booked over a dozen shows for next year, which will see RATT perform the 2016 “RE-INVASION TOUR”
Blotzer states, “The choke hold misappropriation of power has ended finally”
Next in line in the house cleaning is former RATT bassist Juan Croucier whom is being sued by WBS for 2 counts of trademark infringement. Blotzer remarked, “Suing you’s a dirty job, but I’m the man to do it.”

WBS, Inc. was initially formed by Blotzer, DeMartini and former vocalist Stephen Pearcy, but Pearcy lost his equal rights when he exited the first time. DeMartini has claimed that he never said he wouldn’t tour, but felt that doing so with anything other than the original lineup would damage the band’s reputation. Pearcy exited the band last year for what appears to be the final time and Blotzer and DeMartini have been at odds on how to proceed in the time since. Ratt’s current tour dates can be seen below.