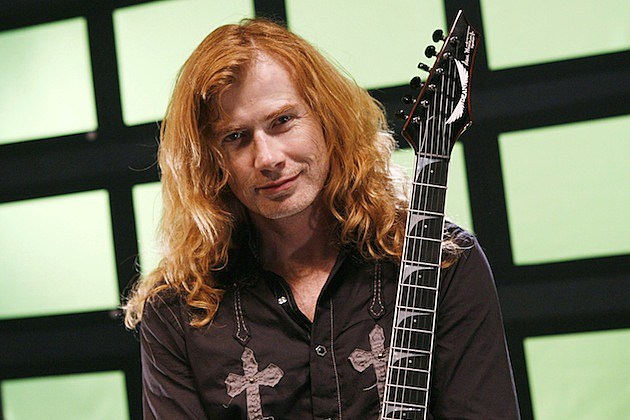 Aww, shucks! Following some speculation that Lamb of God would be accompanying Megadeth on the road in North America next year, Dave Mustaine confirmed the act will not be touring with the thrash titans. Drummer Chris Adler is already pulling double duty playing with both bands for a few dates in the U.K., but that will be it for now.

Speaking with fans on Periscope, as Mustaine has done frequently on the road lately, he entertained more questions over the weekend on Saturday, Nov. 7. Talking about the band’s upcoming 2016 North American tour, he said, “[I am] really excited about coming back to the States and doing our North American tour there. The dates are coming along pretty well.” Adding to his excitement, he disclosed some details, revealing, “And we’ve got three bands we’re gonna be taking out with us there. Not completely sure about confirming all of them, but if they do confirm, the guys that I’m thinking about — no, it’s not Lamb of God for North America — if those guys are on it, I think it’s gonna be a cool, cool lineup.”

Fans are still left to speculate what bands will open, but at least one can safely be ruled out. Adler felt prepared to pull off two sets for a tour, stating earlier, “There is talk of having us do a North American run together early next year, so I’d be doing it [double duty] every night.” Talking about his preparation, he added, “I’m carb-loading before the show. I have been working really, really hard over the past probably 10 years to keep myself in shape. What I try to do is about a 10-mile run every day and then I play the Lamb of God show. So I figure those two things together are probably gonna equal what I do with these guys.”

Megadeth will be supporting their new album, Dystopia, when they embark across North America. The album will be out Jan. 22 on Tradecraft via Universal.