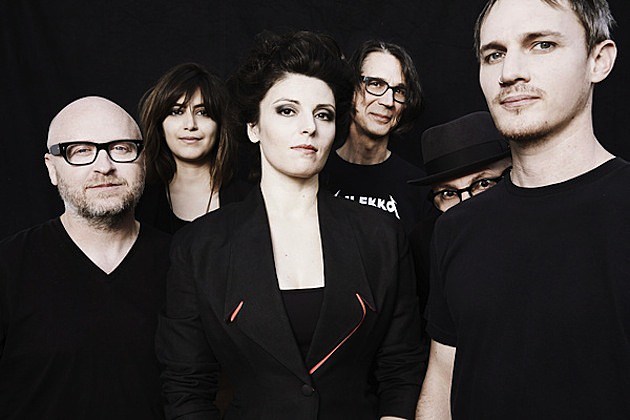 Coming off an awesome 2015 tour, Puscifer are set to return to the road in March 2016. The second round of the band’s Money $hot North American tour will kick off March 17 and last for a whole month.

We caught the first leg of Puscifer’s newest tour and we were blown away by the production and conceptual standard it maintained for two full hours. It’s difficult to eclipse the live show brought forth by vocalist Maynard James Keenan when he’s performing with Tool, but Puscifer is a completely different entity, which impresses on an entirely different level. We guarantee you’ve never seen a wrestling ring set up and actually used as the centerpiece of a rock show.

“This show is so much more than just a band regurgitating songs,” says Maynard. “This is a multimedia performance unlike anything you’ve ever witnessed. There are those who know, and there are those who will know soon enough.” Guitarist Mat Mitchell adds, “Round 1 was a blast for us, looking forward to more bone breaking fun in Round 2!”

Check out the full list of 2016 North American dates below and be sure to grab a copy of Puscifer’s new album, Money Shot, by clicking here.